* If a user was to violate one of these rules then their argument is weak
* If a user was to only resort to breaking these rules, then they already lost before the debate is finished
* No ad hominems, no insulting/attacking the opponent
* No strawmen
* No red herrings
* No lies
* No genetic fallacies
* No circular arguments
* no other fallacies

Phenenas
04.17.22 09:22PM
Con
#2
I’ll proceed with my opening argument and allow my opponent to respond in the next round. Pro defines religious pluralism as “The idea that all religions are true/false in some/all ways”. For the purposes of this debate, I will agree to that definition, and I will argue that all religions have elements that are true, elements that are false, and elements that are just a matter of opinion. I will argue that there is no one “true religion”, and since Pro has said he will argue that Christianity is the only true religion, I will primarily argue against that.
First of all, the discoveries of modern science since at least the nineteenth century have contradicted the sacred texts of just about every religion invented before then. The sacred texts of Judaism, Christianity, and Islam declare that Earth is six thousand years old, and that God created all planets, plants, animals, and humans over the course of six days. This creation story completely contradicts all the findings of astronomy, biology, geology, and archaeology. One would have to go to great lengths to prove that this Bronze Age folktale is true, and over a century’s worth of peer-reviewed, rigorously challenged and tested evidence are false. Not to mention one would have to account for the lack of evidence for a global flood [1], the lack of evidence for the Exodus [2], the contradictions present in the Gospels [3], and many more discrepancies. I’m sure Pro will disagree on this point, but the fact of the matter is that the vast majority of scientists and academic scholars of the Bible agree on these points. The creationist and intelligent design movements have developed all kinds of tactics to attack the credibility of mainstream science, but their work is all based on cherry-picking and circular arguments [4], which is why they are not at all respected by the vast majority of scientists.
All of this is to support my point that all religions have elements of falseness in them. Present in the sacred texts of just about every religion, including Eastern religions I didn’t have time to cover here, are impossibilities that contradict modern science. Most of mainstream Christianity has, wisely, decided to make peace with this and admit that parts of the Bible are to be taken symbolically, not literally. And while I can appreciate the idea that parts of the Bible can be interpreted as poetic fables rather than literally, it also proves my point that Christianity is false in some ways, along with every religion.
I can appreciate religion being used as an aid to people’s suffering, or an anchor to hold on to when one needs structure and discipline in their life. I’m not saying it can never be used for good, or that every lesson in it is a lie that ought to be rejected. Religion can be a very good and helpful thing, and of course it is capable of great harm too. And much of it is just a matter of individual preference. But whether it’s helpful or harmful isn’t too relevant in a discussion of whether or not it’s true. The progression of modern science has poked many holes in the sacred text of Christianity, the Holy Bible, which historically was believed to be inerrant, free of error, and literally true in every word. Now, those who still believe this are in the minority. I respect people of every faith, including those who take the Bible as symbolic. But it cannot be said that the Christian faith is the only true religion if so many elements of their most sacred text are blatantly false. I now hand it over to Pro to give his opening argument and respond as he wishes.
Sources:
1. https://bibleinterp.arizona.edu/articles/flood357903
2. Megan Moore & Brad E. Kelle. (2011). Biblical History and Israel's Past: The Changing Study of the Bible and History p. 81. https://books.google.com/books?id=Qjkz_8EMoaUC&pg=PA81#v=onepage&q&f=false
3. https://en.wikipedia.org/wiki/Internal_consistency_of_the_Bible#Gospels
4. https://evolution-outreach.biomedcentral.com/articles/10.1007/s12052-010-0217-1
Round 2

Phenenas
04.18.22 12:00AM
Con
#4
Pro has linked a video related to the debate topic rather than addressing my arguments directly. I’m sorry that he turned out to be busy; it happens. But I will repeat one of the comments’ recommendations to set the argument time to 2-3 days. That’s generally the best way to do it, unless you have a lot of free time, as I do at the moment. Anyway, I’ve watched the video and I will address it and give my impression.
The video comes from Reasonable Faith, the website of well-known theologian Dr. William Lane Craig. The video sets up a dichotomy between religious particularism, the belief that one religion is true, and religious pluralism, the belief that all religions are equally valid, and defends religious particularism, Christian particularism in particular. It doesn’t address the question of whether Christianity is true, which is what my argument was about. That question may be addressed in other videos from the channel, but this one focuses on criticizing religious pluralism with some very shaky arguments.
Its first criticism is that some religious pluralists say that all religions teach essentially the same thing, and this isn’t true, because there are many differences between any two given religious worldviews. This is strange, because nowhere in Pro’s definition or the video’s definition does it say that religious pluralists have to believe that all religions teach the same thing. I certainly don’t believe that. There are commonalities between different religious traditions, sure, but the fact that different religions believe different things is true and obvious. So that point is completely irrelevant to the argument, and the way the video uses this irrelevant point as a pillar of its argument strikes me as fallacious.
Next, it turns to those religious pluralists who believe that all religions are false, which at least covers my position. But rather than actually criticize the substance of what religious pluralists believe, the video constructs a strawman of a religious pluralist who commits logical fallacies, and then criticizes him for committing logical fallacies. Which, of course, is a fallacy in and of itself. Fallacy-ception. For example, they have their strawman say “Anyone who believes that Christianity is true and every other view is wrong is arrogant.” And then talk about why this is ad hominem. Sure, it is ad hominem, but where did all this talk about thinking Christians are arrogant come from? Is that something religious pluralists are required to believe? Again, according to the definition they laid out, the answer is no. I don’t think Christians are arrogant, I simply think they’re wrong, according to my own particular worldview, in the exact same way that Christians think I, an atheist, am wrong. There is nothing ad hominem about that, it’s simply a disagreement about the facts, which is completely fine and civil. But the video feels the need to conjure up a mean religious pluralist bully in order to make it easier to criticize, rather than criticizing the substance of their beliefs.
They then take the statement “Religions are culturally relative. Because religious beliefs are culturally relative, they are not objectively true.” and accuse it of committing the genetic fallacy. Again, this is a fake argument constructed in order to be easy to debunk. I agree that the truth of a view is independent of how a person came to believe it. Which is why I focused my first argument on the truth of Christianity itself, as represented by the validity of the Bible, and concluded that it was not true, based on the rigorous and overwhelming evidence of modern science. I’m happy to have that claim challenged, but this video does not even address it, nor did Pro. The reason that I and so many other people reject Christianity is because its claims are unconvincing to us, not because “religions are culturally relative”.
The video concludes by jumping to the question of “If Jesus is the only way to God, then what is the fate of those who never hear of Jesus?” So, rather than addressing whether Christianity is true or not, they leap over that step and assume Christianity is true and address one of the many philosophical problems with it. To be fair, it is a 5-minute video and they can only fit in so much. But the video’s main response is that there is hope for people who have never heard of Jesus, because “God desires all people to be saved”, quoting 1 Timothy 2:4. For me, this raises more questions than it answers. If God desires all people to be saved, then why doesn’t he just save all people? He is God, and is apparently omnipotent, after all. If he truly wanted to do something, he could simply will it into existence in a fraction of a second. If God cannot do it, or there is some law binding God and preventing him from doing so, then he is not omnipotent. And if he doesn’t want to save everybody, then the Bible is incorrect, according to Reasonable Faith’s interpretation of the Bible anyway. This is one of the problems with Christianity, and religion in general, that I’m talking about. Not only scientific inaccuracy, but philosophical paradoxes that have to be explained away through theological hairsplitting and obscurantism.
Pro can respond in the final round if he wishes and has the time, and I will give my closing statement afterwards.
Round 3

Phenenas
04.18.22 02:02AM
Con
#6
Pro has forfeited the final round, so I will be brief. Since Pro is arguing that there is one true religion and has stated in the description that he will be arguing in favor of Christianity, I spent the first round laying out an argument that modern science has debunked the claims of Christianity, along with other religions. Pro did not address this argument, but linked a video, which also did not address it, and was riddled with fallacies, which I criticized at length. Since Pro never addressed my opening argument nor made any argument of his own, I believe I have won this debate. I hope we can have another debate in the future, when he is less busy.

I'm unsure why this debate was reported. If anyone wants to add any notes explaining, please do so. 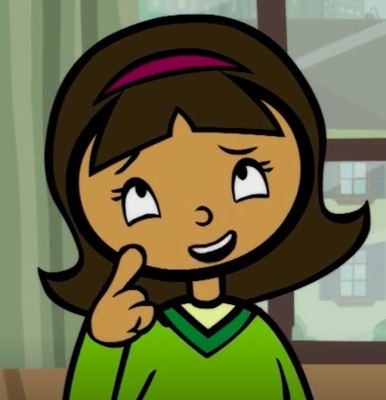 I forfeited because I was way too busy.

I would be happy to try this. Maybe I'll accept tomorrow if no one else has, since it's getting late here.