ISLAM AND SAVING THE MUSLIM MAN FROM HIMSELF

Stephen
10.29.19 06:47PM
3
2
2
Added 10.29.19 06:47PM
Activist Calls For Importation Of Slave Girls from the Caucuses. Muslim "religious scholars" say it is perfectly legal and allowed by Allah.  Just like the good ole' days  then when Islam had  conquered and ruled swathes of the globe from the Indian subcontinent, and as far West into France, Germany and Spain and North West Europe.
They said " for the average good religious Muslim man that the only way to avoid forbidden relations with women, is to purchase slave girls".  It stops the muslim husband straying you see and is not classed as adultery. Clever eh? Clever man that muhammad was.
"We should buy them [slave girls] from Chechnya who are at war (2011). It is better they become slaves [and be raped by our husbands] than to die prisoners".
I wonder how the feminists around the western world are taking this. The silence is deafening.
https://www.youtube.com/watch?v=x7Sc2uoJ5f8
0
#2
Dr.Franklin 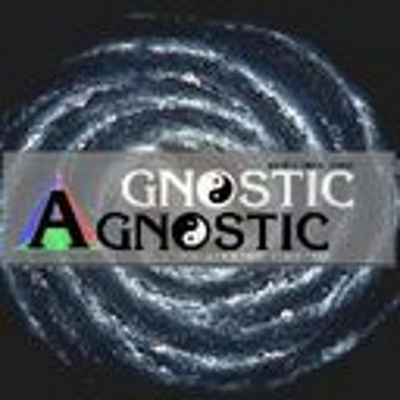 AGnosticAgnostic
10.30.19 02:39PM
0
0
2
Added 10.30.19 02:39PM
Islam / Muslims have no conscious knowledge of their own ignorance: the qiblas of the mosques built up to ~730CE all faced Petra in South Jordan, which means Muhammad can't have established one toward Mecca, he was dead already for 100 years.
Why are mosques built after Muhammad died facing Petra?
It's because Islam is man-made and the most religious element of it is to perpetually blame/scapegoat/project the iniquities (ie. crimes against humanity) of its own house onto any/all others. Hundreds of millions are dead due to Islam, and they are the global 'state' at the root of all fascism/socialism/Nazism.
Both Muhammad and Adolph Hitler were male central figure orator warlords who weaponized the state against political adversaries and manufactured a Jew genocide machine.
In the same way it takes a "believer" to "believe" evil is good: it takes a "believer" to "believe" Islam is "peace".
It is the opposite: perpetual conflict instigated by Islam.
0
Topic's author
#6
Stephen

It is the opposite: perpetual conflict instigated by Islam.

That will be the perpetual conflict known as Jihad mentioned in the barbaric book known to us as the  Quran:
Quran 8:39
And fight them until there is no fitnah and[until] the religion, all of it, is for Allah. And if they cease - then indeed,Allah is Seeing of what they do.
0
#7
AGnosticAgnostic

AGnosticAgnostic
10.31.19 02:45PM
0
0
2
Added 10.31.19 02:45PM
--> @Stephen
Jihad was/is the "cause of Allah" which evolved as the eventuality of Islam designating women as war spoils: because Muslims take Muhammad as their idol/model, they adopt his own infidelity which deviates from the Edenic ratio of 1:1 as one Eve being derived from Adam. Islam / Muhammadan men thus "consume" women as if a resource.
In any event, the shahada is a false testimony contrary to the ten commandments: a document which begins with 'I AM the LORD thy God...' thus is as duly and equally binding to any/all Jews/Christians/Muslims as any other. Islam, being an "Abrahamic" heresy, requires a violation of at least two commandments just in order to join Islam.
It takes a believer to believe evil is good: Muslims are believers believing a polygamous pedophile warlord is the greatest example to emulate.
In reality, they are "dead" wrong.

GENESIS 2:17
But of the tree of the knowledge of good and evil, thou shalt not eat of it: for in the day that thou eatest thereof thou shalt surely die.

All Muslims eat from this tree, and thus do not know Allah is Satan, because Satan requires belief (Allah/Islam/Muhammad requires belief) and an all-knowing god would (!) know that. The "believers" get exactly what they deserve according to how they eat.
0