airmax1227
11.10.19 04:54AM
2
2
4
Added 11.10.19 04:54AM
--> @Trent0405
I believe it is its simplicity that makes it a timeless game. Sure there's a time and place for story-driven character focused games, and I love playing them. But in a few years I'll have moved on from whatever it is and I'll still be playing Tetris. I'm certain I made this same argument 10 years ago and I certainly don't play whatever the triple-A game was I playing at the time anymore - but I still play Tetris.
I made this argument around 20 years ago (and I recall the time frame specifically because of the game referenced) where my friend asked "Wouldn't you rather be playing Goldeneye (The classic N64 game) instead?", and my answer is the same. "Yes, as of this moment I'd rather play some golden-gun/facility/no odd job-4 player Goldeneye right now". But as times goes on I'll eventually stop playing it, though I'll always be playing Tetris.
I don't believe there is any other game you can make that argument for.
Games like Pac-Man and Pong, among others, come close, but nothing compares to the staying power of Tetris.
0
#5
airmax1227

airmax1227
11.10.19 05:08AM
2
2
4
Added 11.10.19 05:08AM
Teris has a style (often imitated, but never duplicated) of easy to learn - tough to master, zen-like gameplay that makes it stand out.
But Beat Saber is a close second to me, in terms of recent games that I'll be playing for a long time. It's easy to pick up and learn, and is zen like tetris is, but in an entirely different way.
When I first started playing, and tried to take on expert mode I was like "There's no way I can do this". But with some practice and time, the feeling of hitting every note, and the sense of muscle memory taking over, makes you feel a sense of satisfaction, like being an unstoppable Jedi master, that no other game has ever made me experience.
I can only play Beat Sabre in short bursts (like any other VR games) but putting on that head set, selecting a song I want to play, and then trying to master a song requiring full body control, creates a zen like focus that no other video game that I've played can match. I don't even know how to describe the feeling when a part of a song comes up where you think 'There's no way I'm going to get past this' and then finally your arms feel like they are just instinctively moving on their own - and when you are finally done you think, "I could beat Darth Vader easily in a light Saber duel...".
0
Topic's author
#6
Trent0405

I believe it is its simplicity that makes it a timeless game.

Well there are several games like the first Zelda and the GTA San Andreas which are outdated when it comes to aspects like graphics, but stand the test of time, not for their simplicity, but their complexity.
But I do adore Tetris, my highscore is 278 thousand.
0
#7
airmax1227

airmax1227
11.10.19 05:36AM
2
2
4
Added 11.10.19 05:36AM
--> @Trent0405
I've played the heck out of Zelda games (N64 and before), and I played the heck out of GTA San Andreas (ironically when I was playing it, casually driving the country side and seeing the redwood trees, I do recall thinking it was the greatest game of all time), but I (and I think most people) aren't going to go back and play those games, because there is actually a maxed out point of those games where you literally have done everything. You can get a bit more out of them with speed runs, but they, like other open world/story driven games, do have a finite shelf life. With mods some of those games can be extended like Skyrim, which I have put 100s (if not over a thousand) hours into and bought like 4 times across multiple platforms. But it's shelf life is still limited, unlike, what I'd argue, with Tetris. (There are arguments along those lines to be made with multiplayer games though - one could arguably get satisfaction out of playing something like Overwatch forever - and I'd put that game in my top 100 - but that genre argument falls apart with modernization)
I have no idea what to say my highscore is on tetris since the game varies widely across platform and more importantly 'sub genre', which breaks down between "Classic tetris" and "Modern tetris".
Classic Tetris was what most experienced on Gameboy (and then every other pre-modern platform), with its most important feature, differentiating it from modern Tetris, being the fact that pieces locked the moment the piece hit the playing field. Modern Tetris has banking pieces, and most importantly, it allow you to move the piece forever as long as you keep moving it. As someone who cut his tetris chops for years on classic Tetris, the modern game allows me to pretty much play infinitely. So it's not really a matter of what my high score is these days, it's an issue of how how long I am willing to play endless marathon for, before I have to go do other things. I've actually considered going for the highscore on endless marathon on Tetris effect (the most amazing tetris game ever, especially in VR - I can actually feel the latency decrease in VR that playing in non-VR actually feels slow now... a half a millisecond is real), but the consideration isn't about skill, but about whether I want to play a single game for around 80 hours.
0
#8
warren42

I love that game, my personal favourite Pokemon game.

Well, that's my second favourite NFS game, most wanted was miles ahead in my opinion.

That was nothing short of pure genius. Have you beaten it?

Never played a fallout game before, I gravitated toward Just Cause and Far Cry for story based shooters. But considering Just Cause sucks now IMO, I'll keep those games on my radar.
0
#14
bmdrocks21

bmdrocks21
11.11.19 04:55AM
4
6
11
Added 11.11.19 04:55AM
--> @Trent0405
Keep an eye out for the Fallout games. They are older, and you can usually get all DLC with the game for around ~$10 during Black Friday and Christmas. (I believe for you Canadians, it is Boxing Day).
If you have an Xbox One, they are backwards compatible.
Skyrim and Oblivion are other good similar games if you have a month to spare. In my unpopular opinion, they are inferior. But whatever you do, never buy Fallout 4(I unfortunately did) or Fallout 76(I wisely did not).
I'll try to think of other great story-based games.
If you are a bit masochistic, the Dark Souls series is phenomenal.
0
#15
Mharman 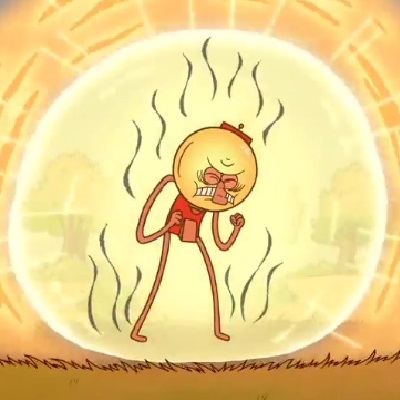 Speedrace
12.15.19 04:13AM
4
9
11
Added 12.15.19 04:13AM
--> @drafterman
I was really disappointed no one had said Breath Of The Wild until I read this :)
I liked Breath Of The Wild SO MUCH, but it made up for a relatively short plot line (finished in 11 days) with so much extra stuff that I was too lazy to do
I've only played Twilight Princess and Four Swords otherwise. Twilight Princess took me 2 months to finish and was ridiculously puzzle heavy. Four Swords was just crazy hard to get ALL the way to the end. But I love them all so much
I hope to play Ocarina in Time one day and Wind Waker
0