Your biggest OBJECTIONS to Christianity 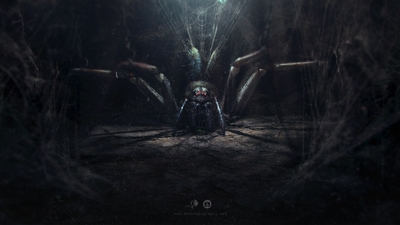 OntologicalSpider
02.19.20 03:57PM
0
0
4
Added 02.19.20 03:57PM
As just a small thought experiment, I'd thought I'd let any non Christian in this forum give their personal biggest objection to Christianity, and I will try to go about answering it. There are a few rules however.


1. Two objective per person. No more. You can do one as well, but two is the limit. If this thread doesn't become all that popular I may revisit some original posters and have them give more.

2. Be specific. Overly vague objections like "religion is false" or "God doesn't exist" aren't really going to be helpful. Try to articulate any objections in a meaningful way.

Any Christians in the thread feel free to give your own answer.

I will try my best to offer a reasonable response to the objections raised. That doesn't mean I will have an answer right away


Hopefully we have fun and all learn something. Let's have at it.
0
#2
Mopac

Mopac
02.19.20 04:25PM
3
4
7
Added 02.19.20 04:25PM
Though I am a Christian, these are things that were historically a big stumbling block for me.
1. Antinomianism among so called Christians. People who call themselves Christians but not only have no work to show for it, but take Christ as a get out of hell free card and a license to be sanctimonious about whatever wickedness it is they practice. Basically, the so called Christian who is indistinguishable from the pagan in their society. Such a Christian has nothing to offer, and makes Christianity as a whole look like a joke. These are the people who overemphasize liberty and freedom from religious laws and such. All the while, praising Jesus for allowing them to live like the self professed atheist! I think these people are assholes.
2. Outward appearances. I think this one should be obvious. Not only do you expect me to believe a man is God, which is obviously blasphemous, but you expect me to believe in all these seemingly impossible miracles as well? How can I possibly believe these seemingly unknowable things? Jesus said the burden is light, but to sincerely believe all these extraordinary things is a very heavy burden to someone who cares about what is true. It all sounds crazy. It seems incredibly unreasonable to expect someone believe these things on faith. How can I have faith in these things?
In my life, these two things were the biggest stumbling blocks for me. I know they are common stumbling blocks as well. By the grace of God, I still managed to find Christ, and now I find myself in the opposite position. I could not sincerely deny Christ, who I have come to know. Where as before I could not find faith, today my faith is too strong to break. I cannot deny my Lord and my God.
0
#3
BrotherDThomas

BrotherDThomas
02.19.20 06:53PM
3
3
7
Added 02.19.20 06:53PM
--> @OntologicalSpider
.
OntologicalSpider,
1.  My biggest objection to Christianity is that Jesus was a serial killer as shown when He is Yahweh God incarnate in the Old and New Testaments by having His Triune Doctrine.
Jesus' most notable killing spree is obviously the Great Flood, where He drowned innocent zygotes, fetus' and babies as their mothers watched in horror as their babies gasped for their last breath before they brutally drowned.  What makes this scenario even worse for me, is the biblical fact that our Yahweh/Jesus/Ghost God was watching these precious little babies drowning a ghastly death! (Proverbs 15:3) Under this circumstance, it is very hard for me to call Jesus ever loving and forgiving like so many other Christians do. :(
2.  My second objection of Christianity is that the Bible explicitly shows women to be 2nd class citizens, whereas they are to be ruled by and to be in subjection of man.
“Let a woman learn quietly with all submissiveness. I do not permit a woman to teach or to exercise authority over a man; rather, she is to remain silent. For Adam was formed first, then Eve; and Adam was not deceived, but the woman was deceived and became a transgressor. Yet she will be saved through childbearing—if they continue in faith and love and holiness, with self-control.” (1 Timothy 2:11-15)
“It is better to live in a corner of the housetop than in a house shared with a quarrelsome wife.” (Proverbs 21:9)
“ But I would have you know, that the head of every man is Christ  and the head of the woman in man. For the man is not of the women; but the woman of the man.” (1Corinthians 11: 3,8)
“I find more bitter than death the woman who is a snare, whose heart is a trap and whose hands are chains. The man who pleases God will escape her, but the sinner she will ensnare.” (Ecclesiastes 7:26)
There are many more examples of women being 2nd class citizens within the scriptures, and any passages that say otherwise to the above examples are absolute contradictions, therefore when there are contradictions, there are lies, because both entities cannot be true at the same time, and to build our faith upon lies is not an option and is utterly irrational. :(
Awaiting your response to my two objections of Christianity, whereas I have many more to discuss.
Thanking you in advance.
.
0

But if we observe the Christian religion then there can be no other religion to observe.
0
#6
ethang5

As a Christian, I think that this is an important question.... - Willows as Alpheus wrote

Then, Of course, I will gladly become a Christian.
First I'll try and when that doesn't work, I shall get on my knees and kiss Tradie's arse.
Then, I guess I shall just wait around feeling all excited waiting for God to sprinkle some oogidy-boogidy dust on me and, Hey presto! I will be a real Christian and I will be living proof that God exists. Or er, At least the Christian God, Since of course, That is the only God, Isn't it?

Then when I get up there I will give you a high five and say, "you were right all along Ethong. How stupid of me to ever doubt that God existed."
Sound like a plan to you?

Absolutely! Tradie is already bending over. Pucker up loser!
0