Police should use lethal force/torture

With 2 votes and same amount of points on both sides ...

It's a tie!
Parameters
More details

MohamedSoliman
03.16.21 09:41AM
Pro
#1
In my opinion, Police officers use force because they feel they have to, not because they want to. Police face extreme danger due to the majority of criminals resisting arrest. The only way to ensure a successful arrest and the safety of the officers is to permit police officers to use force in times when they feel as if they have no other option. Nothing could be more illogical than expecting police officers to not use force when their and others’ lives are in danger. Also, I propose that, if the suspect won over the police, crime will eventually increase. This puts not only the life of the police officer in danger but also puts the safety of the entire community at risk.
In another example, if there is a shooting that breaks out on the streets. The police should be allowed to use lethal force due to the need for survival. They are simply defending themselves. But I would like to draw attention to the fact that they are not only protecting themselves, but they are also protecting innocents and civilians as well! Accordingly, the voices of the people calling out for an end to the use of deadly force by police are putting not only the lives of police officers in danger, but also their own lives.

mohammed.mushtaha
03.16.21 09:44AM
Con
#2
Racism and violence
One of the reasons that policemen should not use violence is that if a racist policeman has the authority to do whatever he wants with any person a lot of problems will happen like killing and so on. A recent study showed that about 1 of 1000 black men can expect to be killed by policemen. A Lot of cases happened in the past few years, one of them is George Floyd’s death. Mr. Floyd’s death was spurred worldwide. Because of a racist policeman. Floyd was handcuffed and laid face down while the officer was restraining him. Then Floyd was complaining because was not able to breathe well, but the officer kept restraining him. After several minutes passed Floyd stopped speaking, 2 minutes later he lay motionless. I see that this is a big reason that policemen should not use violence.
Round 2

MohamedSoliman
03.17.21 07:59AM
Pro
#3
I agree that racist policemen demonstrate injustice in the use of lethal force. However, this cannot be generalized for all policemen. Because at the end of the day, most policemen do their jobs with great honesty. Bad use of lethal force can be controlled by putting strict rules and laws to policemen instead of depriving them from the authority that could potentially save their lives from danger they’re exposed to due to the fact that many criminals resist arrests.
So in my opinion, just because few policemen show a great sign of racism, that doesn't mean that they shouldn’t use force against danger they face while doing their jobs.

mohammed.mushtaha
03.17.21 08:14AM
Con
#4
I agree with Mohammed Gamal when he said that policemen should use lethal weapons when they have to or when they defend citizens, But I disagree
When Gamal said that ‘’the only way to ensure a successful arrest and the safety of the officers is to permit police officers to use force’’. Because in 2015 40% of unarmed suspects who were arrested died in the process this shows that using violence isn’t good and it's killing people. and in 2017 4 million people died from arrests so if violence is allowed it means that more people will die. I see that there is no point in using violence against people because it just makes the public fear policemen.
Looks like there's nothing here 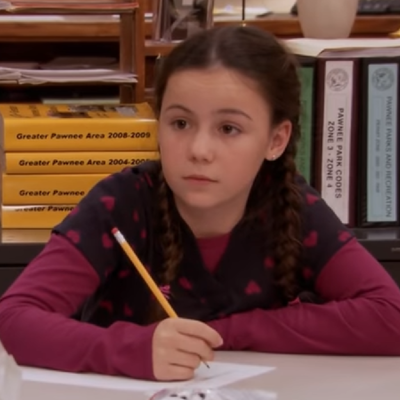 As I am accustomed, members of society tasked with carrying out law enforcement duties are considered civilians, and they are prepared but not permitted to use lethal force. In rare instances they may do so out of defense of themselves or others as a reasonable person might decide in their position, and the justice system is supposed to respect them not because they are police, but because they are human beings. There is some leeway in the context of resisting arrest to implement a superior amount of force to that of the accused, but the intent in such cases is normally not to abuse them. If the community were to perceive an excessive amount of force, it could bring about a controversy.

No points will be awarded for attempting to justify defense of one's self, their family, or their community.

In light of that experience and because torture clearly indicates an act of offense, I'm taking "lethal force/torture" to align Pro with police that are not considered as members of the civilian populous as I am accustomed. The primary intent is not necessarily peace and justice, but rather to inflict harm on a credible threat. They may plan, coordinate, and carry out attacks upon enemy targets in a militant fashion, and so on.

The representative of government is generally expected to justify their intervention.

Pro's main argument coming out of round one is that if the police lose a fight to criminals, then some criminals might begin to take advantage of the general situation and crime will run rampant. I'm not entirely satisfied that this justifies ambushing people with guns blazing, or torturing the survivors.

I doubt that the majority of criminals resist arrest where I live, so that was an interesting observation to see from someone else's perspective. There's also an example in the case of a shootout, that naturally police may be inclined to defend themselves and members of the surrounding community.

Con introduced a case demonstrating an instance in which lethal force would be excessive, where a man was handcuffed and on the ground in the midst of being detained by police officers. I didn't find this all that compelling in and of itself.

Round 2 - Pro hasn't truly bolstered their side of the case up till now.

Pro spent much of round 2 rebutting Con's points in round 1. At the end pro states "So in my opinion, just because few policemen show a great sign of racism, that doesn't mean that they shouldn’t use force against danger they face while doing their jobs." I needed something more for this to be relatable, and round 2 did not do much to bolster the case.

Con: "I agree with Mohammed Gamal when he said that policemen should use lethal weapons when they have to or when they defend citizens". So, in that context, I think when Con says they disagree with "the only way to ensure a successful arrest and the safety of the officers is to permit police officers to use force’" they're obviously not referring to force in general. They actually meant to refer to an excessive use of force during the course of arrest as expressed in round 1, to the point that it poses imminent danger to someone who's reacting to the disrespect of being cuffed against their will.

Because Pro did not provide a compelling case for lethal force outside the scope of defense in civilian life, overall argument goes to Con.

I think this debate could have gone more in-depth. Too much is left up to interpretation.

PRO's opening argument is that in high stress/high stakes situations, police officers being permitted to use lethal force when they feel necessary allows them to better protect themselves and their communities. For ex: "if there is a shooting that breaks out on the streets. The police should be allowed to use lethal force due to the need for survival."

PRO argues that this only represents a small portion of the officers that can be weeded out through reform, regulation, and training; PRO also outweighs on the basis that many more lives will be saved in a PRO world than taken.

CON throws a bunch of stats at us in his last round that could have swung the pendulum his way, but they aren't sourced and they're all new arguments that PRO didn't have the opportunity to respond to.

PRO ultimately takes this one, albeit this debate warrants a lot more detail than what was given by either side.