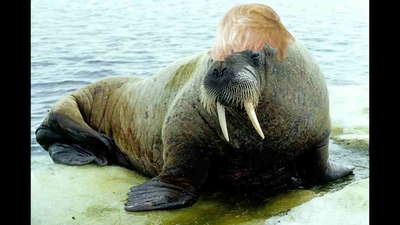 TheDredPriateRoberts
11.27.19 04:46PM
3
3
6
Added 11.27.19 04:46PM
--> @Greyparrot
stupid for involving troops in certain wars, stupid for GIVING tax pay money to other countries.  It's funny, the same people who say Americans are stupid would be quickly speaking a different language if it were not under the protection of the U.S.
watch the first season of "Man in the High Castle" it would be something like that.
it's time to let some of these countries sink or swim.
0
#7
Greyparrot

you get what you pay for and it depends how you spend it https://data.oecd.org/gga/general-government-spending.htm

Personally I find it silly when Canadians and Europeans gloat over their supposedly superior societies. I frankly fail to see a significant gap between them. You look to government spending, but under this metric you'd have to say Russia is superior to Ireland. The United States is a wonderful developed nation to live in.
0
#12
disgusted

All other developed nations are smart enough to have universal health care.

I agree with you that America really ought to pursue privatized or universal healthcare.
0
#14
Greyparrot

Or is the world just jealous? hm?

It's "stupid" to presume that this melting-pot experiment (globalist indoctrination) that the U.S. government has indulged over the last century informs a national and/or cultural homogeneity, where one can characterize it as a single demographic.
0
#22
disgusted

It's "stupid" to presume that this melting-pot experiment (globalist indoctrination)

Yes because you can't eliminate the misplaced notion that white people are superior. This claim is most often made by the most inferior whites. Just look at these boards.
0
#23
Greyparrot

Greyparrot
11.29.19 08:27PM
3
3
8
Added 11.29.19 08:27PM
--> @Athias
America is one of the few developed countries that discourages assimilation. Norway has a very robust assimilation policy. The people of Norway look down at Americans that migrate there without adopting the culture.
0
#25
disgusted

Shithole countries are shitholes because of socialism, not inferior DNA.

America is socialist? I'll be fucked. Never knew that.
But inferior DNA counts.
0