THE LAWS OF PHYSICS"
as if that is the holy grail of ultimate knowledge. Bullshyte, and science will be first to admit it. The "laws" of physics are in constant flux; they're not a just a constant. Just two hundred years ago, [the age of climate science, at best, by the way - so goes Green New Deal] the laws of physics said Earth was central to the universe. All the evidence pointed to that. Two hundred years. A blink.

What in earth is this ridiculous drivel? You’ve just sailed off onto a silly tangent.
We’re talking about Occams Razor. In this respect, you have to assume there is some part of your brain that exists outside the laws of physics.
Laws of physics as in the physical principles in which physical things interact - which definitely appear to exist - rather than the physical laws and theories that humans have created to describe them.
That’s still true; and nothing you said challenges that characterization. Meaning that free will still fails Occam’s razor
That being said, the “laws” as written by humans are not actually flux at all - that’s what makes them laws.  I mean, the laws of thermodynamics, motion, electromagnetism, gravity, etc - are still as true now as they were when they were written. We have additional laws, and broader understanding- but it’s not like chemistry suddenly works differently than it did yesterday.
Worse still it misses the point: we measure our brain as physical, our understanding of it, is that it is governed by electrochemical reactions - we may not have all the understanding of how it works, or the laws it follows; but it requires no assumption to presume a physical thing follows physical laws - no matter how much you want it to. That’s my point ; that you ignored.

So don't give me your "laws" of physics. They're as changeable as probability, and you admitted that probability is/is not in play. Make up your mind.

No they’re not lol. When’s the last time you floated off the earth because the law of gravity changes: or computers stopped working because laws of quantum tunneling shifted. This is petulant nonsense.
If you paid attention, they key point between quantum and non-quantum determinism is that in one case you have no real choice, but the outcome is not fixed if the exact same state was repeated, and in the other you have no real choice, but the outcome remains unchanged if the same state was repeated.
Even with QT; the brain is probably large enough that quantum effects are not sufficient to change choice.

But free will has been what it is for thousands of years.

Your confusing what determinism is again lol.
Free will, could simply be an illusion caused by our brains being matter obeying physical rules; and it would be unchanged for thousands of years - too.
It seems that your only argument is continually pretending determinism is something it isn’t.
0
#27
949havoc

949havoc
10.12.21 05:01PM
3
2
8
Added 10.12.21 05:01PM
--> @Ramshutu
The laws of physics don't just change at random, as you seem to suggest I've suggested. No. They change when it is found that what was found to be immutable is mutable. Law changes over time with new discovery, even if just because we recognize we have not yet captured all conditions possible that affect how physics functions, which is why we discovered that the universe is not geocentric, isn't it? It's also how we've discovered that the law of gravity is not universal; it, too, is dependent on conditions, such as being in a vacuum, or that Jesus, and Peter for a brief moment, could walk on water. They changed conditions we do not yet even understand. I'll surprise you by saying that even God is bound by laws. And that he is not the total cause of anything.
0
#28
MarkWebberFan

MarkWebberFan
10.13.21 01:51PM
1
2
6
Added 10.13.21 01:51PM
I think Peter Strawson's Freedom and Resentment is a good paper for philosophers, and I do want to mention that his paper is often lauded for its clarity on the thesis of determinism. I think it is easy to over-intellectualize the empirical side of things, when really, only few things are relevant to the problem of free will (and of defining determinism).

Plus, the answer is in Strawson's topic too, I think it should be very obvious what he meant by the word "Resentment".

Ramshutu
10.13.21 07:02PM
6
9
10
Added 10.13.21 07:02PM
--> @949havoc
You’re strategy is something I refer to as “picking peanuts out of poop”, which is a fallacy of relevance. Raising an irrelevant objection and ignoring the broader point so one can be seen to be objecting.
My core point is that the way physical things interact are either definitively deterministic, or statistical in nature. There is no mechanism by which some physical outcome can be changed solely by thought; especially given that thought appears to be physical in nature itself, and thus dependent on the same deterministic or statistical interactions of other things.
Of course, you’ve largely ignored the central point to fixate on Occams Razor - peanut #1. Bear in mind you also engage in what I call “the Cheshire Cat”, where you provide no argument or justification but simply assert your conclusion as if you’ve already demonstrated it; whereas in reality all that can be seen is the smile. In this respect just blurting about Occam with no justification.
As I pointed out with Occam, the razor is on the side of determinism as it requires fewer assumptions. I do not have to assume there is a mechanism by which thought can alter the deterministic outcomes of physics.
Of course, you ignore this too; and instead focus on peanut #2. Which in this case, is claiming that the laws of physics are not set, and somehow our lack of firm knowledge impacts my argument (whilst Cheshire catting by not specifying how and why).
Of course your new argument has no relevance to your last argument - as I’m not talking about the laws of physics as we understand them - but the actual deterministic and statistical rules everything appears to follow. The point being that even if we don’t know what those rules are, to presume that the mind can change physical things without that change being predicated on some deterministic or statistical laws - requires an additional assumption and thus still fails Occams Razor.
This gets Ignored too; and instead you move onto peanut #3, some nonsense about how you weren’t saying that laws are random, only that they change.
Again - no relevance to Occam, or anything you just said; indeed you’ve dropped yours and my  broader argument. You’re instead simply fixating on meaningless triviality.
The problem you have here, is that the laws and theories of physics we have are not so much telling you the way things are - but providing the ability to predict what happens in the world. Right and wrong don’t really have meaning, as much as accurate and inaccurate.
In this respect, and which was my point, the laws of gravity, together with some of the more complex orbital interactions allow us to accurately predict the motions of the planets, calculate rocket trajectories and gravity assist sling shots. The laws of gravity are highly accurate, and we can use them to show the behaviour of gravity is deterministic - for chemistry, the physical behaviour and interaction of chemicals is deterministic also - I can tell you exactly how much energy is released burning natural gas, and how much pressure a water tank will be under is you double the temperature- because we know these laws produce highly accurate predictions.
Some elements are statistical; but highly accurate too. Interference patterns. Quantum tunneling, etc cannot predict individual atoms, but can predict the statistical outcomes highly accurately to such a degree they become deterministic at a large scale.
So in terms of Occam, it doesn’t really matter whether the laws are wrong: because they yield incredibly accurate results: all that matters is whetted what we observe of the world is deterministic - which it is: in this regard the claim that free will exists requires a fundamental violation of our observations - and thus an additional assumption that means your claim is less likely than mine.
0
#30
Amoranemix 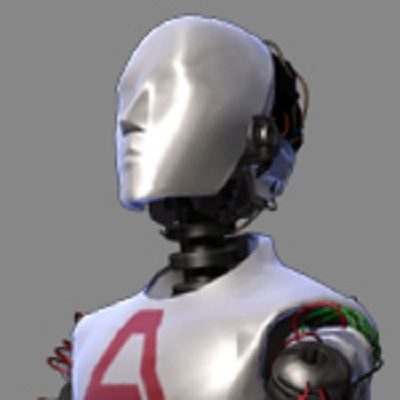 Amoranemix
10.17.21 03:44PM
0
1
5
Added 10.17.21 03:44PM
--> @949havoc
I doubt determinism implies perfect predictability. Here are a few considerations.
1) Chaos theory + quantum uncertainty. In the long run most systems or one of their subsystems are chaotic. That means that a small change in an intial state exhacerbates into a large change in a later state. Heisenberg's uncertaintly principle makes sure a system cannot be perfectly known, so it will usally unavoidable to have a large uncertainty in some future. For example, I suspect it is impossible to measure the position and momentum of protons and neutrons in a radioactive atom precisely enough to accurately predict when it will decay.
2) Consider the block universe, which requires determinism, that is not the universe at a specific time but over all time, where past and future are real. The future part of the universe is fixed. It is what it is. There is no possibility to invent perfect prediction machine (PPM). The universe either contains one, or doesn't. If it does contain such a machine, then that suggests must be a fundamental reason it does.
3) What does it mean to predict something ? If a prediction is something a human must be able to understand, then that limits the detail with which anything can be predicted. However, a PPM could predict everything in great detail and then just provided digestible chunks, like what a guy named John Smith will do the 6th of june 2865.
4) In order to be able to predict the future of the entire universe, the PPM must know the state of the entire universe. Let us make a very crude calculation to estimate how big that machine's memory would need to be. Suppose there are 10^89 particles in the universe (mostly photons), that the universe is a cube of 100 billion light years (10^27 m) and that we want to know the position of every particle to the precision of the Planck length (lp = 10^(-35) m). We forget about momentum, wave functions, polarization etcetera. Hence, storing the position of a particles requires log2(3 * 10^27 * 10^35) = 208 bits. So, for 10^89 particles we need 10^91 bits. A black hole has the maximum possible entropy and thus information density. Its entropy is
(1) S = kB*A/(4*lp^2), where kB is Boltzmann's constant (1,4*10^(-23) Joule/Kelvin) and A is the area of the event horizon.
The general formula for entropy is
(2) S = kB * ln(N), where N is the number of degrees of freedom.
In our case N = 2^(10^91)
That gives an entropy of S = 1.4 * 10^(-23) * ln(2^(10^91)) = 1.4 * 10^(-23) * 10^91 * ln(2) = 10^68 J/K
Combining (1) and (2) we get
A = ln(N) * 4 * lp^2 =  ln(2^(10^91)) * 4 * 10(^-70) = 3 * 10^21 m²
From the surface area formula for a sphere (A = 4 * PI * R²) we get
R = sqrt(A/PI/4) = sqrt(10^19 / 4) = 1.6 * 10^10 m or 16 million km.
Since our PPM must also be able to do calculations (which black holes can't), it must have a radius of more than 16 million kilometers.  That is the size of a large star.
For a galactic civilization that seems feasible. Moreover, there are probably ways of compressing the data.
5) Can a PPM predict itself ? A program that can predict of any program whether it will stop running forever or not (the halting problem) is impossible, as explained in www.youtube.com/watch?v=t37GQgUPa6k. That implies that a PPM cannot predict every system and there are problematic systems other than programs that may require prediction. Likely candidates are systems that promote paradoxes, like in the halting problem. For example, a human may decide contrary to the way it was predicted to behave. Hence, A PPM may only be successful if it keeps its predictions secret.
6) Knowing the state of everything requires measuring everything and a measurment influences the system measured, which according to quantum physics sometimes modifies non-measured variables in unknown ways.
7) Predicting the past would be easier because it has lower entropy than the future.

949havoc 22 to Ramshutu
Occam would not agree with the convolution that is determinism. Nor does God.