How did you arrive at those options, or are you just trying to gaslight?
2
#52
3RU7AL

How did you arrive at those options, or are you just trying to gaslight?

You are ignoring the fact that India had a legally enforced caste system for years. Even now that it is illegal, the caste system endures in their culture.

As a general commentary on the USSR, it did not have freedom of speech, religion, press, or assembly. And when freedom of speech was finally introduced in the late 1980s, the USSR fell apart shortly thereafter. You may want to think about why that is. 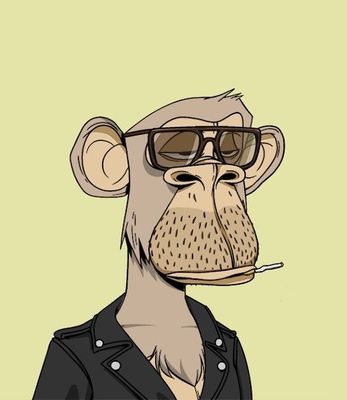 I think it’s good developed countries have systems they can compare themselves to. Though it doesn’t really matter if oligarchs get into power.

If you mean oligarchs exist in any system, then I would agree.

I mean oligarchs having control over legislation. It’s antithetical to the democratic will of the people. There’s a reason many politicians avoid talking about policy when they would rather talk about culture war bullshit.

If I follow your logic if country A and B are developed nations and A is more socialist and has a better and cheaper healthcare system, then the more capitalist B country should adopt a similar system.

If it’s implemented correctly and trials go well, sure.

When it comes to oligarchical legislative influence America is second only to Russia, Putin being the biggest oligarch.
Which politician best represents what you stand for? Or would you try running yourself?
1
#59
zedvictor4

Nothing truly socialist though.

do you think it might be fair to perhaps consider them "more" "socialist" (than the united states) ?
0
#61
3RU7AL

I mean oligarchs having control over legislation. It’s antithetical to the democratic will of the people. There’s a reason many politicians avoid talking about policy when they would rather talk about culture war bullshit.

When it comes to oligarchical legislative influence America is second only to Russia, Putin being the biggest oligarch.

zedvictor4
05.14.22 05:38AM
3
3
4
Added 05.14.22 05:38AM
--> @3RU7AL
No....Socialism is a specific political theory.
None of the States that you listed function in that way.....They are all a part of the global "capitalist" system.
How people look out for each other in terms of social fairness/care, is a separate issue influenced by other geographic, demographic and political factors.
Is it really fair to compare the U.S.A with Estonia, or even Germany or Canada.
Better to compare the U.S.A with Russia......Which would be your preferred destination?
I'm pretty sure I know who Estonia and Germany would prefer to have as allies, especially in terms of fairness.
2
#64
sadolite

Socialism is a specific political theory.

"based upon their perceived levels of public sector corruption. " So in other words, if you can appear to not be corrupt the CPI will give you a good score. "Science"

in the united states it is COMMON KNOWLEDGE that a large "campaign contribution" will buy you not only "access" but can even land you an ambassadorship
https://youtu.be/n4HRDbkp4Ww
1
#67
sadolite

CoolApe
05.16.22 01:28AM
0
1
3
Added 05.16.22 01:28AM
--> @3RU7AL
I would say there are about 5 different versions of socialism and more. All them have slightly different objectives, but all of them produce similar outcomes.
Fascist socialism is when political leaders have all the power and everything serves as an end for the state.
Crony socialism (crony capitalism) is when business leaders have power and amass wealth through political control and political favors.
Marxism - a system where "supposedly" all people have an equal economic class. Marx would like to see philosophers hold all the power.
Social Equality Socialism - a system where people attempt make all social groups equal by removing all perceived inequalities between them.
Democratic Socialism - the means of production owned by the social and collective group and controlled through democratic processes.
1
#69
zedvictor4

zedvictor4
05.16.22 06:13AM
3
3
4
Added 05.16.22 06:13AM
--> @3RU7AL
I don't doubt it.
But as I regularly say.....All social systems are essential the same anyway....Based upon  hierarchical structure, and methods of governance and enforcement.
How things pan out in the real world obviously varies, but there is no State that functions solely on the basis of shared resources and social equality.
Societies just do not develop and function in such a way.
1
#70
3RU7AL

well, when you said,

"based upon their perceived levels of public sector corruption. "

this is actually quite a good indication
for example,
government officials are not going to receive nearly as many "bribes" if nobody knows they are willing to accept "bribes"
0
#71
3RU7AL

All social systems are essential the same anyway

I would say there are about 5 different versions of socialism

on the scale of a single family
isn't socialism-collectivism the norm ?
aren't all forms of government essentially collectivism ?
0
#73
Lemming

Maybe a gigantic government having too much power,
Worries people more than a 'small group of humans working issues out together.

Collectivism is the norm and growing trend for modern governments but not as much for all the past. Maybe pre-constitutional America.

Libertarian forms of government are opposed to collectivism. Libertarians believe in maximizing the autonomy and freedoms of individuals while promoting a small and fiscally responsible government.
Do libertarian countries exist? No can't name one. Only 1700s America came close to it.
1