What do you find unattractive about todays beauty standards?

Lemming
07.31.22 04:04PM
3
3
9
Added 07.31.22 04:04PM
--> @zedvictor4
I'd rather date a woman with 'slightly crooked teeth, than a woman with 'more crooked teeth perfectly aligned by braces.
Sure a person's body and personality are often shaped by nurture rather than nature, and thus their genes could be fine, even if their appearance 'indicated bad genes,
But it doesn't sound right to me, to claim that people's appearances are not effected by their genetics, or that the human eye is incapable of viewing others and reaching reasonable conclusions about their genetics.
"(Deadbeat mum and all that)." - zedvictor4 #22
What's that supposed to mean?
1
#28
zedvictor4 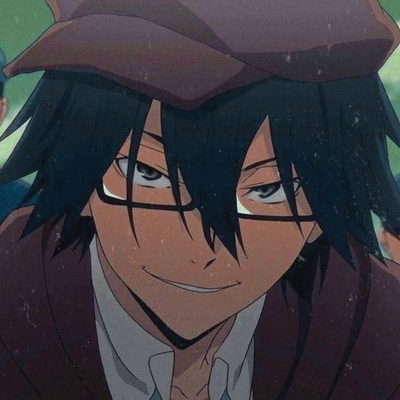 zedvictor4
08.05.22 06:00AM
3
3
4
Added 08.05.22 06:00AM
--> @Ehyeh
It's what all people do, all the time.
It's how we function.
Data in, data assessment, discriminate.
All in the blink of an eye.
So, society might tell us that this it is wrong to discriminate
And we might assess this data and concur.
Nonetheless, we will always make discriminatory judgements about others.
Even our nearest and dearest.
So what chance strangers.
1
#33
Ehyeh

Ehyeh
08.05.22 07:57AM
1
2
6
Added 08.05.22 07:57AM
--> @zedvictor4
Something being natural doesn't make it moral. It's natural for male geese to rape female geese to the point where their penis's works like a padlock opener. At best, all you can say is that humans have an innately judgemental attitude towards all things they come across, based on their own arbitrary scales of goodness. Although I disagree, that the natural state of humans is one of such judgemental pose.
0
#34
zedvictor4

Ehyeh
08.06.22 12:44AM
1
2
6
Added 08.06.22 12:44AM
--> @Lemming
I would say its less arbitrary, yes. Someone's character is far closer to what we identify with the "self" as opposed to our form. People strive for virtue, no one ever really considers beauty in of itself a virtue. This means above all else humans value the contents of our character, our moral beliefs over our form. If we valued form over value we would all decide it worthwhile to commit suicide before old age strikes.
0
#39
Lemming

Lemming
08.06.22 12:51AM
3
3
9
Added 08.06.22 12:51AM
--> @Ehyeh
Interesting view,
But I'd argue we put form above purpose plenty in life.
We fill magazines and movies full of good looking good acting people,
We put art in galleries,
Paint houses varieties of colors,
Myself I'm a materialist,
Though it's not wrong to place importance on ones 'inner self,
Outer self is part of us as well,
Often traumatizing to people if they 'suddenly lose their looks,
Aging's a slow process,
But loss of face in burn, acid, gunfire,
A cause for discomfort.
People wear makeup, dye their hair even into old age, get facelifts,
People place great importance on outer beauty I'd say.
0
#40
Ehyeh

Ehyeh
08.06.22 01:01AM
1
2
6
Added 08.06.22 01:01AM
--> @Lemming
In all the cases you cited, form played a purpose. It could be argued we could put purpose into maintaining/cultivating a certain form. Although I am not arguing that form should take precedence over purpose, I am arguing that form has no virtue in and of itself, but good character does. What i said has little to do with purpose. Why is it that religious people don't believe the body is actually them but simply a vehicle? It seems apparent that, intuitively, we believe we're IN our body, but not necessarily fully the body itself. In this same sense, we intuitively believe and feel that we have free will. Whether the science says this is likely or not is a different matter. I more so prefer to think humans prefer purpose in virtue ( good being/character) as opposed to purpose in form.
1
#41
Ehyeh

Ehyeh
08.06.22 01:05AM
1
2
6
Added 08.06.22 01:05AM
--> @Lemming
People may put value into their form, yet they themselves which do that. Wouldn't claim it "virtuous" to do so. Just as a thief may recognise he's a thief, and therefore not virtuous. People like this are those who are like smokers who say they know smoking is bad for them, but continue to do so despite knowing this fact. Many people can know the world with the mind, yet knowing the world with the heart is a different matter. We can know things with the mind and believe them, yet not feel like they're true, and therefore become incapable on acting what we recognise to be the right course of action (like quitting smoking).
1
#42
Lemming

Lemming
08.06.22 02:01AM
3
3
9
Added 08.06.22 02:01AM
--> @Ehyeh
Thinking past a post,
I suppose I wouldn't consider beauty a moral 'virtue,
But it 'can be a boon to possess, depending on one's circumstance in life,
Or a disadvantage, again depending on one's circumstance.
For 'purpose in form,
I'd suppose some people find a body created to be 'hardy and useful, beautiful,
Though I don't mean 'show muscle, but a body able to 'live best in it's situation.
I don't really 'mind beauty not having a 'moral 'virtue, much myself,
Though it 'might be argued it possesses one, in it's alleviating effect on life, relaxation, appreciation of existence,
Hm, maybe that's not 'moral 'virtue though.
Still, a sunset, sunrise, stars, moon, ocean, river, all have beauty,
Hm, have 'uses as well I suppose,
But again, I'm of the opinion that beauty itself, regardless of the object associated can have a use,
But 'use isn't the reason we appreciate them so much is it? (Talking to self)
. . .
Sure I'd agree people often have the idea that they are not their body itself,
And I suppose there's 'some truth in that view,
Burn my face, place me in an iron lung, 'I am still there,
,
Though we identify one 'still by their appearance and body's ability,
We say person A can/can't do this or that,
Because of their material possession.
. . .
I 'would agree/think myself, that people would think more of a person who appreciates others based on who they are or of what they are capable, that 'just their looks.
'Usually. .
Is odd to design a ship for looks, yet it cannot sail,
Build a house that looks nice, and falls down,
Choose a friend who is beauty, but stabs you in back.
Still depends on circumstance,
Though I don't feel like going on about that.
1
#43
zedvictor4

Ehyeh
08.06.22 09:25AM
1
2
6
Added 08.06.22 09:25AM
--> @Lemming
There is no virtue in having a well-adapted form. There is virtue in the effort, discipline, and mindset one has to have to have to create/maintain a good form, is what I'd say. People are naturally biased towards attractive people, yet no one says this discriminatory part of our minds is virtuous or righteous, even if it serves an evolutionary adaptive and helpful purpose. Although, we seem to pretty much agree.
1
#45
Lemming

Lemming
08.06.22 02:59PM
3
3
9
Added 08.06.22 02:59PM
--> @Ehyeh @zedvictor4
@zedvictor4
I 'do like the idea of art lasting longer, stone, metal,
Though a lot of wood art looks nice too.
Some places made of wood, are impressive in their renewal of structures.
"Ise Shrine in Japan, which has been rebuilt every 20 years in adjacent sites for over 1,400 years. This shrine is made of ephemeral materials like wood and thatch, but its symbiotic relationship with the Shinto belief and craftsmen has kept a version of the temple standing since 692 CE"
Long-term Building in Japan. Japan’s Ise Shrine and Hōryū-ji Temple… | by Alexander Rose | Long Now | Medium
@Ehyeh
True, the well adapted form was a bit more of my own side thought, than the argument of inner beauty that you put forth.
@AnyOneWhoHappenedToBe Reading
I don't really mind makeup 'that much, often makeup is rather attractive,
Though I still don't think my arguments earlier wrong.
Of post  #9, I think there's an argument to be made for authenticity and attraction/appreciation,
People are sometimes disappointed if they learn exhibit in museum is replica, when first they thought genuine, or they mistake satellite for a shooting star.
Also of an earlier statement, while I 'do appreciate muscle for use not show,
I also like muscle for show,
A lot or a little, what people like can be many, even at both ends of a spectrum.
1
#46
zedvictor4 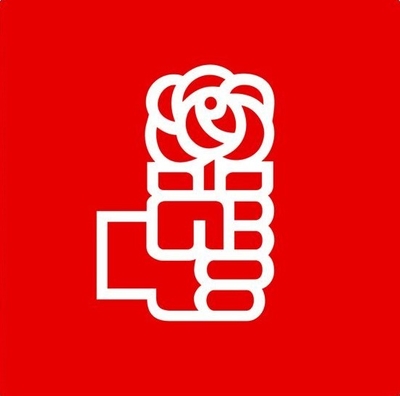 AnnaB17
08.11.22 08:55PM
0
0
2
Added 08.11.22 08:55PM
--> @Ehyeh @TWS1405 @zedvictor4
What do you think about women who are intelligent but wear makeup because they don't think they are pretty. women who are thick and work out but never seem to bulk up. what about women who can cook, and clean, and be supportive, and willing to do what ever you need them to because they want to be there and be not only supportive but acknowledging the fact that no one is perfect and we all need help. give  me you definition of your ideal woman all of you because if you guys are not willing to admit the fact that not all women are pretty and fit into societal standards but they try their best to look pretty in a way that they know how then what is the definition of pretty because being pretty and being beautiful are completely different things. women try their best to look pretty but a lot of men reject them because they are either not skinny enough or are not pretty enough or just don't fit the standards of the modern man. so if you tell me what your definitions of pretty beautiful what makes a pretty or beautiful woman not just according to societal standards i think i would better benefit and understand what you are saying.
0
#50
Ehyeh

Ehyeh
08.11.22 09:21PM
1
2
6
Added 08.11.22 09:21PM
--> @AnnaB17
I personally don't dislike makeup on women. I think it can look nice. Overall, I think girls should do what makes them feel the most confident in themselves (to the extent that it is not self-destructive). It's hard for me to describe what I'd like physically as there isn't a set "ideal" for me. What I like physically varies greatly depending on the particular person I'm most interested in at that moment. If she has black hair, I prefer that, if she has brown hair, I prefer that, and so on. Same with most other traits, even my preference for things like weight can vary greatly (up to what I'd consider a reasonable extent). Its important for a woman to feel secure in the way she looks, even if she's chooses to wear makeup.
-
Personality wise, I don't have a preference for introverts or extroverts or stuff like that. I care more about the virtues of the heart and their perspectives on the world and themselves. Simply someone who seeks to be as good as they possibly can be. always self-reflective.
1