Can America's White Domestic Terrorists Ever Clear Their Violent Image?

As we all are aware of in 2019, the White-Domestic Terrorist is reaping havoc on society. White people, in general, seem to can't suppress their deviant mind-state and the Dark Age behavior has resurfaced at an all-time high. Today, a white supremacist's plan to blow up a synagogue was thwarted by the FBI. A few days ago, a White-Domestic terrorist threw acid in the face of an Hispanic man for no apparent reason.

To make matters worse, Politician Katie Hill of California (a White woman) has resigned for affairs with men/women, fornication with goats & white supremacy tattoo. To add insult to injury, a number of white-female teachers have continued their sexually deviant interactions with underage boys around the country...At this point in time, there is no hope for the White-Domestic Terrorist...Anyone who thinks otherwise can definitely take debate.

mairj23
11.05.19 03:16AM
Con
#1
First and foremost, thanks to my challenger for taking this debate.
On the other hand, it's quite impossible at this point in time to put up any kind of sound argument to redeem the White-Domestic Terrorist. Just with the few examples that I've given, how are you going to justify this behavior? Caucasians have earned the title of domestic terrorists and your track record proves it. Your violence has forced America's Homeland Security to officially label white people as domestic terrorists.
I and millions of people don't think that your image can be restored because the white race comes from a culture of violence in your homeland of Europe. Historians and scholars have even stated that Europeans are a "war-like" people. Instead of trying to justify your actions, maybe you should start taking some accountability for your actions.
I'm simply speaking on real-world topics so don't "shoot the messenger"... literally and figuratively... We all know how a simple reflection in the mirror tends to spark that European rage.

RationalMadman
11.09.19 04:03AM
Pro
#4
This debate is about if they ever can clear their violent image. Con's case of 'inherent barbarian violence' in European blood is negated by the fact that over time, European societies have come to have the most politically serence social democracies of all time.
To clear their image, they (and/or their offspring) need only to apologise for acts, prove over time that they're not violent and cruel and then the news cycle will move onto villainising some other group.
Round 3

mairj23
11.10.19 02:24AM
Con
#5
My opponent speaks of a social democrat but it's clear that he doesn't even know what that means. Definition of Social Democracy: a commitment to policies aimed at curbing inequality, oppression of underprivileged groups and poverty, including support for universally accessible public services like care for the elderly, child care, education, health care and workers' compensation.
If this is true, then why are people still fighting for equality? Case in Point: Why is the American government in favor of Illegal Immigration while neglecting its own citizens?...Why is the US gov. complicit with predatory lending and red lining black communities? Doesn't the US have a shi*** healthcare system?
If what you're saying is factually true, then European-democratic societies wouldn't have the massive amounts of problems that they are dealing with today. America & Parts of Europe were built from the revenue of slavery. Wouldn't slavery be considered, as you say, "Barbarism Violence?"
My opponent doesn't have a leg to stand on, and he shot himself in the foot with his own mentioning of a social-democratic society.
The facts is simply that the white-domestic terrorist will never be able to clear his/her name as a group because they've committed so much "barbarism" throughout history...……..If you think not, then state your reasons instead of trying to change the narrative of this debate.

RationalMadman
11.10.19 02:17PM
Pro
#6
I didn't shoot anything. Their image of slavery is nothing to do with the white terrorists Pro is speaking of. I said that clearly there's not some inherent 'barbarian gene' in white people, since they have ended up making the most pleasant, caring and just societies known today in Western Europe, Australia, Canada and such.
Round 4

mairj23
11.11.19 05:53AM
Con
#7
My opponent isn't making any sense because he can't refute with any type of logical argument to prove his case.
His silence speaks volumes.

>Reason for Decision: "Truly contemptible conduct by CON here. PRO sets up a skeletal premise for the seeming purpose of racist invective. PRO then assumes CON is a member of the racial group based on debate acceptance and addresses CON as a target for mere hate speech. Full points to PRO for responding with love. User mairj23 should be advised that while racism is well-tolerated on this site, attacks on fellow members are not. If such conduct continues this debater would advocate a corrective boot to ass."

Honestly, I don't have a clue how you became a moderator.

I agree 100%...When someone can't handle the truth or gets exposed, vote bombing will take place.

I've literally embarrassed the so-called "best-of-the-best" debaters and vote bombing began as soon as the debates were over.
I take it as a badge of honor.

As I've stated earlier, this topic has been all over the news and I've listed numerous sources. I've noticed that it's considered a "troll debate" when a certain demographic gets exposed. Yes, fornication with goats but don't forget about the white supremacy tattoos also.

Of course, the mainstream news has stopped reporting on it because this is a white-run society that's trying to protect a white woman who just so happens to be a congresswoman.

Note that I consider this a troll debate, and still voted based on debate content. I have long disliked that comedic debates are outright non-moderated. However, that they are non-moderated is the current standard; a standard you knew both when you accepted the debate with that facetious description, and ended it with a cheeky declaration of love.

If this is a troll debate, you will be okay with everyone votebombing against me then? Just stop that bullshit.

If this was not a troll debate, please provide a link to any respectable news site verifying the "fornication with goats" mentioned in the description.

Admittedly, I am still new to the whole modding thing here. I meant to call this a troll debate in my vote as a matter of my opinion as a voter; not make any official proclamation.

This is not a troll debate.

If you have a problem with this label, then you'll need to speak to the Justice Department.

YOU ARE NOW A WHITE DOMESTIC TERRORIST!!!
-mairj23

You've demonized yourself by your actions.

You are not just talking about current events in usa, because you referenced historic violence going back to europe. Your topic tries to demonize white people in general.

My question remains. If a few terrorist examples can label a whole race or ethnicity as terrorists, who isnt a terrorist?

If what I'm saying is hearsay, lies or propaganda, then why are some states trying to pass legislation about this topic?

This discussion is about US terrorism, not other areas of the globe.

Are you aware of why the Justice Dept. labelled white people as domestic terrorists? If not, then wouldn't 3 consecutive mass murders within 1 month by the same ethic group be considered terrorism?

As you can see, you have no argument what-so-ever.

Let me see if i understand you.
Because a group of white people were labeled (by mostly other white people) to be one of many terrorist groups, therefore white people in general are terrorists?

But terrorist groups exist in all parts of the world, therefore arent all people terrorists?

And if your statement about white people is true for all people... what's the point?

Unfortunately your research is hearsay, and you refuse to provide evidence, as evident by your exchange with pressF4.

You are confident in your "research" about the same as your flat earther, holocaust denier, or any other conspiracy theory under the sun. Perhaps one day you will open your eyes, til then your hopeless.

I've posted authentic links and this subject has been displayed all over the news. No matter what the scoreboard says; I'm coming out the victor either way. 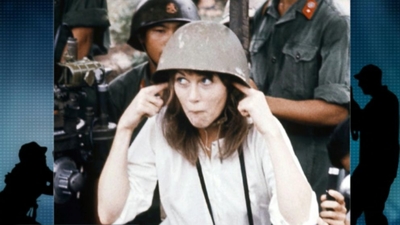 compared to what? look at the coloured monkeys they do worse and they arent even smart like whites are

Speaking of learning how to take an L, you should take your own advise. Your so convinced you are correct before the debate even starts you dont realize how you fail to support your claims.

I asked you a simple question, to which you still haven't answered. Unless and until you do so, by providing sources to your claim, my point (any claim presented without evidence can be dismissed without evidence [Hitchens' Razor]) still stands.

Dude, at least have some dignity with your concession.

You're not the first person to take an "L" and you certainly won't be the last.

Truly contemptible conduct by CON here. PRO sets up a skeletal premise for the seeming purpose of racist invective. PRO then assumes CON is a member of the racial group based on debate acceptance and addresses CON as a target for mere hate speech. Full points to PRO for responding with love. User mairj23 should be advised that while racism is well-tolerated on this site, attacks on fellow members are not. If such conduct continues this debater would advocate a corrective boot to ass.

"If a debate is publicly designated as a troll debate, or if both sides present arguments that are done for the sake of trolling, then the debate is not moderated."
-DART COC

Another troll debate from con (were it not, it would be eligible for deletion due to committing libel).

Pro while offering only a weak case, argued a couple angles, with his main bid for victory being showing how a group can clear a former image... "To clear their image, they (and/or their offspring) need only to apologise for acts, prove over time that they're not violent and cruel and then the news cycle will move onto villainising some other group."
To which con complains about instead of offering some counterpoint (and no, claiming pro is one legged does not count).