Are reality TV shows a good source of entertainment?

Debate whether reality TV shows such as Keeping Up With The Kardashians, The Bachelor, Love Island etc are bad entertainment/rots our minds. I believe they do rot our minds and are a bad source of entertainment.

The show, titled Keeping Up with the Kardashians, premiered on October 14, 2007.[20] The reality series centers around the members of the Kardashian-Jenner blended family, focusing on the sisters Kourtney, Kim and Khloé. Most episodes have very similar structure: the family "show[s] off their privileged lifestyle and maybe get into one or two minor family squabbles before ultimately wrapping things up with a monologue that reinforces the importance of family," as noted by Caroline Siede of Quartz.[21]

This quote shows that this is not that real as many episodes they are either drafted from scripts or just boring materialism. A better example would be Top Gear.

Factual means reality, yes. So Top gear is a TV show where they show off their cars(not wealth, Kardashians are just a wastage of wealth while Top gear is pushing the limits for land vehicle engineering) and tune them to will. Now, which one is better? Keeping Top gear in the description would prevent misunderstandings such as that Kylie Jenner cannot be successful.
Sources:https://en.wikipedia.org/wiki/Keeping_Up_with_the_Kardashians
https://en.wikipedia.org/wiki/Top_Gear_(2002_TV_series)
https://en.wikipedia.org/wiki/Reality_television
Finally, let me define "Reality show" because my opponent somehow misses this huge of a part of an advantage.
"Reality television is a genre of television programming that documents purportedly unscripted real-life situations, often starring unknown individuals rather than professional actors."
This would mean that all the news is reality shows, as well as all adventure series. Now, THESE are better reality shows than what You listed.
Don't forfeit next time!
Round 2

User_2006
04.25.20 02:05PM
Pro
#4
Since my opponent had failed to respond to the 2 rounds, she had lost a lot of opportunities to make new points and/or refute my arguments. For this, it thus became rational to vote for PRO. However, the reason there is some text under it is that I was not quite satisfied with just my last argument.
Conclusion 1: CON has forfeited both rounds, leaving herself no defense for my points whatsoever.
Conclusion 2: CON has failed to prove why reality shows are a bad method of entertainment.
Define "Good". Since my opponent had failed to define the term "good" in the description, I will do it for her, turning the tables.
Good:
#. Definition(Example)
1. Having the expected values(This man is good because he is nice to girls and he is strong.)
2. To be desired or approve of(I want this console for Christmas, it is good!)
3. Giving pleasure(Last night's party is so good!)
I can just avoid the definitions that favor CON since CON did not specify the definition for the term itself whatsoever.
Definition #1: Having expected values
(As long as I can prove ONE reality show that is good, all the world can watch this and only this, meaning this reality show is good and it will make watching reality show a good form of entertainment).
Let me use the Kardashians as an example.
The definition of a reality show is shown within the previous argument. Any person who can scroll can scroll above to see.
Now, Is the Kardashians series happening in reality? Yes. Is it always scripted? No. These qualities would make Kardashians a satisfactory, or good, reality show.
Definition 2: To be desired or approved of
https://en.wikipedia.org/wiki/Keeping_Up_with_the_Kardashians
The fact the show is running for 18 seasons means that there are people that still watch and approve of the show. It at least didn't go down into ruins.
Definition 3: Giving pleasure
Hedonistically, Sex, Weed, alcohol, etc. are all "good" forms of pleasure in a short period of time. Maybe not objectively, but hedonistically, even Kardashians or similar shows can be good. It satisfies some people's eyes to seeing riches and spoiled people, and that is "good" at some point.
Conclusion 3: I have proven why Reality shows can be good, and watching only the good ones will make reality shows good.
Vote PRO!

I agree with you. We can define News as reality shows. For debating reasons I didn't do this because my opponent may refute that news aren't reality shows, so I used one of her examples to answer. 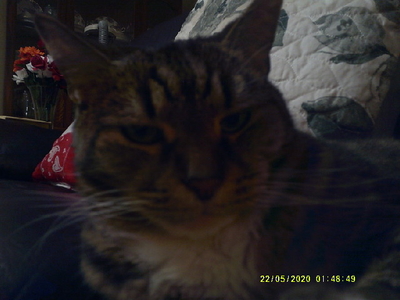 HGTV has it's share of scandals.
TMZ is just gossip why do we want gossip.
Catfish: the TV Show is perfectly fine but afterwards I end up hating humanity.
Paranormal reality is probably fake if not they should consult a priest instead of doing it themselves.
Animal planet and Nat Geo is actual reality.
Science channel is also reality.

No because Jay Leno's Garage he drives on closed road without permission.
Moonshiner's they illegally make alcohol.
Naked and Afraid they are literally naked. Why do we get pleasure from their suffering? And why do we not like it when they tap out they tried their best.

Why is the opponent not responding?

Well, if you mean good by a godly standard, then no. If you mean good by acceptable or reliable, that depends on the person and how they are entertained. This isnt a debate, more so a discussion unless you and other person define what "Good" is and that isnt based on how people feel about it.

Define reality show. Well, Mythbusters and Top Gear are also reality shows, as well as Dr. Phil. Your two examples are simply trash ones and outdated ones in the bucket. I think Top Gear is a LOOOOOOOOOOOOT better than Kardashians.

...and what ain't reality tv when Trump preempts the news every night with a string of self-serving mumbles punctuated by frequent frantic fact checks?

Thank you for your question.
I was intending to use the term 'brain rot' as a more approachable term to others, not for informal reasons. Of course, we cannot measure 'brain rot', but instead we can use surveys and evidence to debate whether reality TV shows are a good source of entertainment.

While brain rot is certainly a hyperbole, what metrics define entertainment as good or bad?