UFO has a defined definition: An unidentified flying object.

User_2006
05.17.20 03:45AM
Pro
#1
This debate is similar to the other one. However, I am arguing in a plane(pun intended) more inclined to the present.
The most present "evidence" of a UFO is of the Pentagon Release of 2020. Video link below.
https://www.youtube.com/watch?v=auITEKd4sjA
Since the term, UFO is synonymous with Extraterrestrial flying saucers such as the artwork depicted here, and I don't want to deduct debate points by manipulating definitions and playing with semantics and completely ignoring the pragmatic sense of this term, I will not only argue that UFOs exist, but extraterrestrial spacecraft exist as well.

This evidence already justifies my claim in a semantic sense, as there is something flying in the air and we don't know what that is(hence UNIDENTIFIED). If it is identified in any sense, it is identified as a UFO, which also supports my claim. However, pragmatically, I am not done yet.
This cannot be proven to be made in any place on Earth, so it is "extraterrestrial". I know the possibility that it could be made by some Russian agency, but come on, it is impossible to prove as even if Russia made it, it is a top-secret project. Russia would not admit that these things are made by them, nor any other nation will. That is enough evidence that this thing is not made on Earth. You could say that the government is incorrect and that it is made on Earth, however how are you going to prove it? If you fail to prove that this thing is made on earth, then it is an ET UFO. Neither of us has evidence yet, but it is to be agreed upon that this thing is unidentified and it is flying.

nmvarco
05.19.20 03:39AM
Con
#2
PRO= User_2006 = UFOs exist
CON = nmvarco = UFOs do not exist
R# = Round #
A# = Argument #
R1: UFOs EXIST
R1: Definitions
a UNIDENTIFIED FLYING OBJECT [UFO] is “a mysterious object seen in the sky for which, it is claimed, no orthodox scientific explanation can be found.” [1]
to EXIST is to “have objective reality or being.” [2]
GOVERNMENTAL describes something “related to or denoting the government of a country or state.” [3]
an AGENCY is “[often with adjective or noun modifier, in this case GOVERNMENTAL] a business or organization established to provide a particular service.” [4]
EXTRATERRESTRIAL [adj] describes something “of or from outside the earth or its atmosphere.” [5]
R1: Opening Statements
I thank PRO for a productive and civilized debate so far. Yet, I have an objection.
BURDEN of PROOF
PRO has not specified the BoP, so it is assumed that the BoP is shared.
R1: A1
There is no evidence for existence of extraterrestrial life that is capable of building spacecraft.
R1: A2
The assumption that no governmental agency could have created such a spacecraft is not backed up.
R1: A3
Objects that are labeled UFOs usually end up not being UFOs at all.
R1: Closing Statements
There are too many unknowns about these craft to claim that they are extraterrestrial. The number of possible objects they could be is countless and there is no evidence extraterrestrials exist or have the technology to build such craft.
R1: Sources
[1] https://www.lexico.com/en/definition/ufo
[2] https://www.lexico.com/en/definition/exist
[3] https://www.lexico.com/en/definition/governmental
[4] https://www.lexico.com/en/definition/agency?s=t
[5] https://www.lexico.com/en/ tim/extraterrestrial
[6] https://www.sciencealert.com/ufo-nasa-iss-sighting-debunked-fireballs-video-james-oberg-not-aliens
[7] https://www.space.com/9704-ten-alien-encounters-debunked.html
[8] https://en.m.wikipedia.org/wiki/List_of_reported_UFO_sightings (NOTE: This source is meant to show UFO sightings as a timeline and then individually unwrap them, with most being revealed as false or atmospheric happenings.)
[9] https://nationalinterest.org/blog/buzz/how-did-air-force-keep-sr-71-spy-plane-secret-114781
[10] https://www.sr-71.org/blackbird/sr-71/#timeline
[11] https://www.stripes.com/news/us/does-the-hypersonic-sr-72-aircraft-son-of-blackbird-already-exist-1.506926
[12] https://en.m.wikipedia.org/wiki/Roswell_UFO_incident
[13] https://en.m.wikipedia.org/wiki/1976_Tehran_UFO_incident
[14] https://en.m.wikipedia.org/wiki/Mantell_UFO_incident
[15] https://en.m.wikipedia.org/wiki/Phoenix_Lights
CON passes the talking feather to PRO.
Round 2

User_2006
05.21.20 01:58AM
Pro
#3
Using the same strategy, I can say the following:
Con R1: UFO's cannot be created by governmental agencies
Con R1: There is no sign for life that could support UFO
Pro Closing:
Pro Sources:
[1]https://www.nytimes.com/2020/04/28/us/pentagon-ufo-videos.html
[2]https://en.wikipedia.org/wiki/Wormhole
[3]ibid
Pro passes the talking feather to Con and wishes him good luck on the final argument.

nmvarco
05.23.20 01:51AM
Con
#4
Counter 1: UFOs cannot be created by governmental agencies
Counter 2: There is no sign of life that could support a UFO
Conclusion 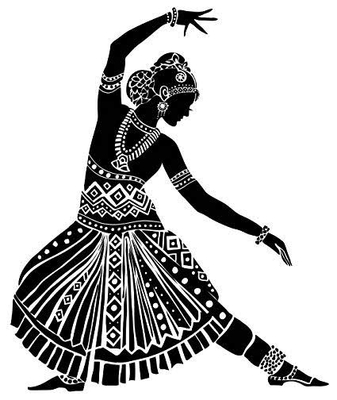 This is an interesting one.

Can you explain your paradox you seemed to have set up?

I am watching this one with immense curiosity.

No, I don't want idiots having my debates. That ruins all the fun. If I can get a win against someone who has 1600 rankings, that is what is fun.

I am not telling you. I might be brave enough, but I will be a gigantic laughing stock if I tell you what am I planning to do.

Are you not trying to get a fee win by idiots who accept your debate thinking they are going to debate alien visitations?

Abusive? The definition is given in the description section.

Con contact me if he uses an abusive definition. Of UFO, I will find a way to award you the win

Pro failed to give a proper definition of UFOs, and entangled his argument with a bunch of complexities on the government point. He has failed to prove his point, only to muddle my brain.

As for Con, he managed to refute the Instigator's points, and was met with nought defence.

Con has supported his claims with reliable sources. Point to him.

All other aspects are unremarkable.

Argument: 2 issues in argument by Pro: 1] defining UFO as unidentified flying object is the description of a acronym, not a definition. 2] argument of government agencies is completely in the weeds. Appears to be an attempt of obfuscation. Difficult to follow why that whole discussion is in the debate. Cons argument refutes the gov't thing, as well as dissolving the argument of UFOs being potentially merely earth-bound craft no one recognizes simplyu due to an acronym. Although I oppose a one-sided BoP, I appreciate Con's argument for his position and it is well argued. Point to Con