GAUNTLET 1: On Balance, Smoking Should be Criminalized in US 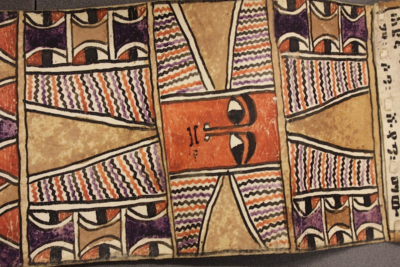 This is for the first matchup of my GAUNTLET TOURNAMENT, where Ayyantu must defeat five debaters in a row to claim the tower.

This does NOT include E-cigarettes, or marijuana.

Smoking: the act of inhaling and exhaling the fumes of burning plant material.

Burden of Proof is shared

seldiora
10.28.20 12:10AM
Pro
#1
I will challenge myself to word this argument as succinctly as possible to make it easy for con to try to refute.
In essence, the problem of smoking lies in its non-essential nature and its non-desirable nature. It is common fact that smoking has killed millions per year, and even second hand smoking has killed thousands.  Even those that do not die gain countless problems, such as heart disease, lung cancer, bad breath, yellow teeth, so on and so forth. Your brain also gets addicted to the pleasure, and it's incredibly difficult to quit. Any "benefits" of smoking are very small in comparison to the countless suffering that you gain, physically and mentally.
In addition, the environment provides millions of trees also to produce tobacco, which could be crucial to stopping further pollution and damage to the environment.  It is 10x worse than diesel car exhaust, suggesting that if we do not stop this soon, we risk encouraging global warming and emissions.
The financial problem with health industry has lost billions of dollars worth of productivity, and health care. This figure heavily outweighs what is earned by the smoking industry alone (only <50$ billion worth in total). It's a definitive lost cause of an industry to invest in.
More than 2/3 smokers want to quit, but over 90% fail each year. It's clear that our personal liberty and capacity for life is stopped short by this deadly assassin, especially with premature aging and deaths due to cigarette's dangerous chemicals. We have already adopted smokefree policies in many European countries and public places in NYC along with CA to great effect, with vast reduction of smokers with smokefree policies. The only solution is to ban smoking. Studies have found mere regulation, even on the FDA's side, are ineffective in comparison.
Now onto con.

seldiora
10.28.20 03:29PM
Pro
#3
Not bad. But your own ideas refute yourself. Firstly, let me say that I advocate for a fine rather than jail, as prison is nonsensical, especially with US Prison systems which are corrupt and messed up to a point that needs a lot of fixing.
You advocate for freedom of choice, but have not declined the idea that 90% are denied that by failing to quit smoking, despite desiring to do so.
You say benefits outweigh harms, as this is what Mill would desire, but second hand has other people getting into harm's way, combined with financial cost and environmental damage, vastly outweigh any cure of Parkinson's disease or even obesity (as neither are as hefty as irreversible death).
Next, you say it's impractical because it can't be done, however, consider that monarchs only saw the economic side of problems and not physical. The 70% of smokers wanting to quit in US goes far to see that the percent who would continue is a vast minority. The drug regulation vs illegal trade is not unique to banning alone, as even regulation with taxation has still managed to get illegal smoking trade that benefits from smoking still being legal. Con says that the tobacco cartel will grow to immense proportions, but this is only if we outlaw tobacco entirely. As tobacco may still be used with jet fuel and cooking, it will not needed to be outlawed entirely, thus refuting a vast effect that criminalizing drugs usually leads to.
Finally, tobacco may have some beneficial ideas on its own without being smoked, but a scholarly article notes that the only noteworthy conclusion was that it alleviated pain. It is unknown if the tobacco actually has to be smoked in order to produce all the benefits. In fact, chewing tobacco alleviates the big problem of other people being harmed, pollution to environment, illegal smoke trade (as tobacco industry would still be thriving, with only smoking outlawed and not chewing tobacco), and still solves Parkinson's disease.
I await con's arguments.

seldiora
10.28.20 09:36PM
Pro
#5
I'm struggling to find enough information differing regulation and criminalization, so I'm afraid I will have to give this to Ayyantu. Congrats. I concede.

Ayyantu
10.28.20 11:17PM
Con
#6
Thanks to Pro for the debate. I hope it's changed his mind, which is all we can hope for when debating important topics like this.
Round 4

Concession on the part of PRO... onward goes the challenger!

If any party wants me to give feedback, just let me know.