Should the US have the death penalty? 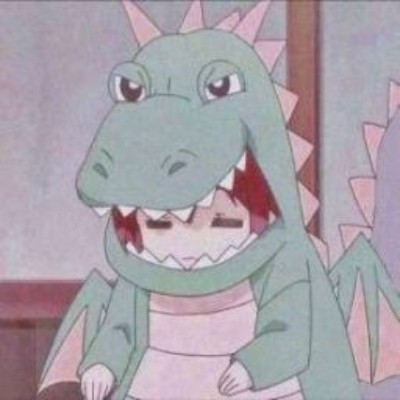 NunYaBusiness
03.10.21 10:29PM
Con
#2
House: Against (Con)
This house believes that we should NOT have the death penalty.
Morality:
“As superintendent of the Oregon State Penitentiary, I planned and carried out that state’s only two executions in the last 54 years I used to support the death penalty. I don’t anymore… I was charged with executing two inmates on the penitentiary’’ death row, Douglas Franklin Wright and Harry Charles Moore… Regardless of their crimes, the fact that I was now to be personally involved in their executions forced me into a deeper reckoning with my feelings about capital punishment. After much contemplation, I became convinced that, on a moral level, life was either hallowed or it wasn’t. And I wanted it to be… Since I retired from corrections in 2010, my mission has been to persuade people that capital punishment is a failed policy. America should no longer accept the myth that capital punishment plays any constructive role in our criminal justice system. It will be hard to bring an end to the death penalty, but we will be a healthier society as a result.”
-Semon Frank Thompson
Former Superintendent of the Oregon State Penitentiary
“What I Learned from Executing Two Men,”
nytimes.com
Sep. 15, 2016
The For (Pro) house said, "Every day we put animals down and don't even think twice so why is it that when it comes to people it so different... One reason is that most people get the death penalty is because they killed other people first. So say a person kills three people. Is it not fair to kill them because they killed three people."
Is our life value no more than an animal's? Is it morally ethical to take life as punishment for taking another's life? Would it not be more efficient to make the offender dedicate his life to paying back his debt; and if he is prone to killing again then to take the opportunity for physiological research? Are we any better than the man who took another's life? It is morally contradicting.
Retribution (Constitutionality):
“No one can blame victims and their families for wanting revenge, including through the death penalty. In their pain and loss, they are entitled to that desire. However, laws exist to prevent individuals from pursuing vengeance and their own vision of justice. If they do anyway (if, for example, a victim kills a perpetrator) then they become perpetrators and pay the price, both legally and morally. Although we may feel empathy with such a victim seeking revenge, Nietzsche’s warning—that when fighting monsters you must take care not to become one yourself—should be remembered. Killing by the state is wrong as well, potentially even worse than killing by an individual…"
-Ivan Simonovic, PhD, LLM
Special Adviser to the United Nations Secretary-General on the Responsibility to Protect
“Introduction: An Abolitionist’s Perspective,” in Moving Away from the Death Penalty
ohchr.org
Aug. 31, 2015
The For (Pro) house also stated, "But when it comes to family we want them to get it. Why why is it that when a person that is in our family is killed we want them dead. The reason why is because we love our family and we want the best for them. But I still believe that it is not fair that the death penalty should go."
Not only morally but constitutionally, it is wrong to kill a man as a form of punishment for the family's loss. "No national interest can justify human rights violations such as the death penalty or torture." (-Ivan Simonovic) Is it not hypocritical to lawfully say a family cannot take revenge and then take the man's life as a form of justice?
Round 2

NunYaBusiness
03.10.21 11:32PM
Con
#4
House: Against (Con)
This house believes that we should NOT have the death penalty.
Morality Rebuttal:
When the For (Pro) house stated, "that man had to give the two people the death penalty and had to eject them with poison..." it contradicted the For (Pro) house's earlier statement, "One reason is that most people get the death penalty is because they killed other people..." When an offender is killed for taking another's life should the man who induced the death of the offender not be put to death for taking a life as well? And the man who induces that man's death not be punished as well, and so on? Is it not an endless cycle of killing if both statements are upheld?
Retribution (Constitutionality):
"They also said, 'No one can blame victims and their families for wanting revenge, including through the death penalty.' That I agree with but what I don't agree with is the not next sentences but the one after that. She said, 'However, laws exist to prevent individuals from pursuing vengeance and their own vision of justice.' I don't think that is what people want to do." Is this argument not all opinion?
Conclusion:
Therefore I conclude that the U.S. should not have the death penalty.

Yeahuh - my daily good deed for the day and all - always on the lookout for new debaters here.

While I do appreciate the traditional way of citing things, it is much more accessible to judgers if you were to hyperlink or link your sources

There is a tool bar that let's you put text into a "quote field" that's gray, its very handy in making things easier to read

I had admittedly much higher standards than what has been displayed...

First, welcome to both opponents to this site. Glad you're both aboard.

Arguments: Pro's R1 argument is supported by the comparison of putting down animals for violent acts, mostly against against humans, but does not draw a distinction between animal kills, and their limited justification - it is common knowledge that animals do not have morality as a guide of conscience - and the willful murder of other humans by humans, who do have the capacity of moral judgment and choose to ignore it. The comparison of animal kills to human willful murder cannot be made. Con successfully rebuts the argument in R1. Con's R1 rebuttal argument re: the prison executioner reviewing his moral standing by doing his job is indeed a personal moral dilemma, but it does offer support against the Resolution that the death penalty should not remain because Con's cited example turns against the practice on his personal moral ground. Con effectively rebuts this argument, pointing out that the moral decision draws the argument subject to Con's BoP. Pro is never able to overcome this dilemma of Con choosing a source that opposes Pro's Burden of Proof. Points to Con

Sources: The argument discussion of Con's rebutting source in R1 carries the day since Pro did have have any supporting soutrcing at all, but merely used Con sources and argued unsuccessfully against them. Points to Con.

Legibility: Both contenders offered adequate description to understand their arguments, but both have some grammatical issues not worth pointing out since understanding was still possible. Both need to improve writing skills, and I'm sure both will. Tie

Conduct. Both opponents were respectful of the other. Tie

Pro's position was unclear and contradicted himself. He doesn't refute that human lives are worth more than animals, and furthermore, that death penalty makes you just as much a monster as the criminal (as Con highlights). Hence, Con wins.