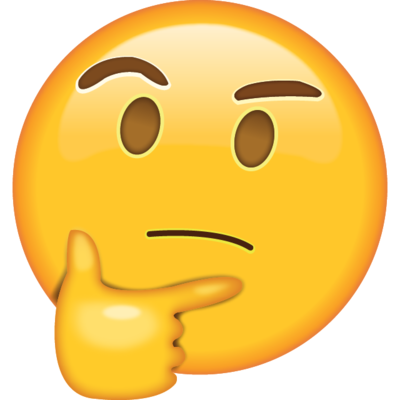 it is better to be feared than loved

it is better to be feared than loved, if you cannot be both.

Intelligence_06
04.04.21 03:25AM
Con
#2
My opponent has forfeited, leaving me the chance of building my constructive first and get the upper hand early.
Burden of Proof
According to Oromagi and Wikipedia, The Burden of Proof rests on Pro[1] as the topic is being instigated by Pro and there isn't any specifications that the Burden of proof is shared. There are two methods that I can win the debate. To satisfy either(if not both) would be enough.
Right now, the second one goes without saying as Pro has not built his constructive yet.
Loved and Feared
This house believes that if not both, it is better to be loved than to be feared(Method 1).
Philosophically[2] and scientifically[3], it is VITAL for a human being to be loved. Now if one loves another(or oneself), the latter would be loved. As a result, if Love is important, then it is also important to be loved. Since self-love is love, and loving yourself makes you loved, [4][5] would also count here.
[6] A study shows that it is better to be loved than to be feared. I suspect Pro already knows about this article, but I doubt disproving Harvard's solid evidence would be a solid idea.
On the other hand, Fear is an emotion that would make you go AWAY from others[7], which would prevent you from exchanging love from that person. If someone fears you, you are a threat to them. I demand proof that being a threat to other beings is vital. If not, since there is proof that being loved is vital, it would mean that being loved is more important to a person than being feared.
Since it is better to have something that is vital than something that can be discarded for a person's mental health in this case, it is better to be loved than to be feared.
Conclusion
Sources
[1]https://en.wikipedia.org/wiki/Burden_of_proof_(philosophy)
[2]https://www.sermoncentral.com/sermons/why-should-we-love-one-another-chad-bolfa-sermon-on-christian-love-128060
[3]https://www.huffpost.com/entry/love-yourself-science-study_n_5900878
[4]https://www.entitymag.com/self-love-science/
[5]https://www.psychologytoday.com/us/blog/understand-other-people/201901/the-importance-self-love
[6]https://hbr.org/2013/07/connect-then-lead
[7]https://www.psychologytoday.com/us/basics/fear
Round 2

Intelligence_06
04.18.21 04:13AM
Con
#4
The BoP is on Pro. Pro has said nothing. I have proven Pro’s proposition to be incorrect in the last round and I decide to extend all arguments made by Con.
Vote Con.
Round 3

Either your try or you don't. If you try, there is a potential for success and failure. If you never try, your success rate is exactly 0%

Fine, I admit that I am using my own interpretations in my last comment, but that statement is a false dichotomy. Just because I succeed 0% when I don't do anything, doesn't mean I miss 100%. I also miss 0%. A person who never plays basketball doesn't lose 100% of his NBA games. He wins none and he loses none.

First, you're just imposing assumed motive onto the speaker. Second, your logic works both ways, you can't fail if you don't try, but you also can't succeed.

No. You miss 0% of the shots you don't take because there is nothing for you to miss at the start. This dude is acting like as if I am SUPPOSED to take shots indefinitely but I have no moral obligations to take shots. I don't miss them if I don't take any. I don't get rejected by girls when I don't even ask them out. Simple logic.

"I have never been rejected from a girl... because I never tried dating any."
--Numerous boys, All of human civilization

Ironic that Andrei Sator is currently on my TV right now. Instant disproof.

No that's never happened to me. Try contacting a mod maybe.

i'm frustrated. i submitted my first round two days ago, and for some reason it did not post. i am trying to recover my initial round because i do not want to rewrite the entire thing. is this a common glitch on dart?

I'm really expecting some Machiavellian evidence from The Prince about this topic. He gave several examples in the book, and a bit about the nature of love and fear. I don't want to give arguments so I won't say what specifically.

I am expecting a personal relationship angle in this debate.

Guess who was one of them? Hitler.

PRO did not make a single spelling mistake. He made no flawed argument or logical fallacy. He did not even use an unreliable source. That's impressive efforts.

CON never rebutted any argument from PRO. He never even answered PRO's questions or challenged his logic. Pretty low-tier debating I would say.

The debate is clearly won by Con due to full forfeit by Pro.

However, in R1, Con presented the argument in meticulous detail that love has greater influence on others than fear, even to the extent of loving one's self. The argument is successfully bolstered by sufficient scholastic sourcing to carry the day, even there were some argument from Pro.