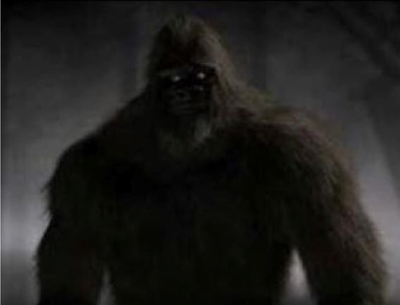 I am of the notion that Bigfoot exists (both from personal experience and my logical self-determination), but I am 100% ready for a debate/open discussion. I have debated about this subject, outside of this platform before, so this is nothing new for me. I have evidence to support my claims, and am willing to be respectful and professional at all times. So, does Bigfoot exist? Yes. And it’s not a belief for me, but rather a knowingness of this creature’s existence. However, I approach any debates on this topic from a belief-type perspective.

Nevets
05.15.21 10:53AM
Con
#2
Good luck to my opponent
In the event my opponent failed to post a round 1 argument I will keep this short.
I will begin with presenting some explanations for the sightings that are not hoaxes.
Pedals the walking bear
In the link below is a youtube video of a grizzly bear named Pedals walking upright on two feet.
www.youtube.com/watch?time_continue=6&v=qxCYrvcnMoU&feature=emb_logo
Injury can cause bears to walk upright
The reason Pedals is walking on two feet is because Pedals is injured, and bears that are injured have been known to walk on two feet, and this possibly accounts for at least some of the sightings.
www.nationalgeographic.com/animals/article/walking-bears-science-animals-pedals

The male American black bear, whose injured front legs prevent him from walking on all fours, has been spotted again, garnering a new outpouring of sympathy from people who want him taken to a sanctuary.
However, despite his handicap, "the bear is active, appears healthy, a little larger than last year, and is thriving on its own having adapted to its condition," the New Jersey Division of Fish and Wildlife said in a recent statement. The agency said it will intervene if the animal begins to show signs of weakening health.

Humans
Humans have been misidentified as bigfoot on a number of occasions, and more humans have been shot in the search for bigfoot, than bigfoot.
A good example comes from Omar Pineda who mistook his friend for bigfoot and shot him.
www.huffingtonpost.co.uk/entry/bigfoot-hunt-goes-wrong_n_4212268?ri18n=true

Three people in Oklahoma were arrested over a bogus Sasquatch hunt that authorities say wasted their time and put a man in the hospital with a nasty gunshot wound.
Omar Pineda, 21, was arrested after he told Rogers County deputies that he shot his friend in the back when a "barking noise" spooked him during a hunt for Bigfoot late Saturday night.

Man in raccoon suit mistaken for bigfoot
A man wearing a fur suit whilst out hiking in freezing temperatures is thought to have sparked a bigfoot sighting.
abc11.com/bigfoot-sighting-man-in-costume-mistaken-for/2293445/

MCDOWELL COUNTY, North Carolina -- A Minnesota man vacationing in North Carolina believes he may have been mistaken for Bigfoot over the weekend.
According to WGHP, Gawain MacGregor said he was in the Western North Carolina mountains and wearing a special suit made of raccoon and animal skins, and that could have led to the reported sighting.

Another shooting
In 2018, in Montana, there was another shooting when a hunter shot a human due to having mistaken him for bigfoot.
www.foxnews.com/great-outdoors/man-tells-police-hunter-mistook-him-for-bigfoot-and-shot-at-him-cops

A Montana man who was out target shooting became a target himself when another shooter unloaded a barrage of gunfire on him after mistaking him for Bigfoot, authorities said.

Escaped animals
Some sightings are also probably escaped exotic pets.
As explained below, when a person sees an out of place animal one is likely to jump to the bigfoot conclusion in order to explain it.
www.seeker.com/could-escaped-animals-account-for-bigfoot-reports-1765921497.html

The field of cryptozoology doesn't merely include unknown animals like Bigfoot, but also those "out of place" - animals known to exist but rarely if ever reported outside of their natural habitats.
If a person walking in the woods sees a large, hairy bipedal creature, he or she is likely to assume it's Bigfoot. But Bigfoot is of course not the only large hairy animal that can stand on two legs; bears, for example, can stand and even briefly walk on two legs, as can chimpanzees, bonobos, baboons and other animals.

Hoaxes
Many of the sightings that can't be explained by the above, will most likely be hoaxes, and there have been plenty already.
Thank you, hope to see my opponent next round
Round 2

this was rigged against bigfoot

We might as well define what a "bigfoot" is, since in a sense, when those bears, gorillas, or even people are identified by the public as "bigfoot", they became the bigfoot and it exists.

Why did you have to let us down?

this debate was intense

"Well, maybe Bigfoot ate the homework." Lol, but this is the internet, so I don't know how that happened.

"Willing to be respectful and professional at all times," but forfeits R1? In a 2-week argument schedule? Well, maybe Bigfoot ate the homework.

I guess it's subjective.

Lol bro, 15 minutes is nothing.

It was 15 minutes. Can you show me the relevant portions?

Did you watch the video?

https://en.m.wikipedia.org/wiki/Bigfoot states that Bigfoot is Canadian and American folklore. Santa is also folklore. If something is folklore, it’s fake.

I don’t think Vietnam has apes either. Moreover, Bigfoot is a North American concept.

Let me know asap if you are still going to post an argument. If you don't let me know then I shall post a round 1 argument in the next couple of days. I am happy to pass it back to you however for round 2, if you let me know.

What if it is some kind of rare mutation within the apes?

So, are you a CIA researcher? If your "evidence" is just some online articles or videos, then I suggest don't get so erratic.

Then his genes would have died out since he never reproduced.

Maybe his tool of reproduction was too big to fit.

Forfeiture of all rounds by pro allows me to forgo judging of any arguments and to award con the win.