Rules:
-no semantics
-no kritiks
-BoP is shared

Benjamin
07.16.21 03:43PM
Pro
#1
Thank you CON for accepting this debate.
RESOLUTION: It was wrong for the US to drop nukes at Japanese cities
Definition of WRONG:
BoP is shared. PRO must prove that the nuking of Japanese cities were unethical. CON must prove that it wasn't unethical. Semantics and kritiks are disallowed by rule.
GROUND FACTS
Military casualties of the US
The total American casualties in the war against Japan during ww2 amounted to 111.000 dead and 250.000 wounded (source). In other words, the war against Japan, though important, was not near as deadly as other wars, especially the other fronts of ww2. This can be attributed to the fact that naval warfare is fought not by millions of soldiers, but by warships with limited crews.
Results of the nukes
According to atomicarchive.com, the minimum number of deaths caused directly by the nuclear bombs dropped on Japan is almost precisely 200.000. "The proper order of importance for possible causes of death is: burns, mechanical injury, and gamma radiation.". Not only is this death toll  staggering, but more indirect effects saw daylight in the passing years. "the survivors would face leukemia, cancer, or other terrible side effects from the radiation." (source).
Nukes, as a weapon, inherently cause insane suffering to its victims. More importantly, a nuclear blast effectively destroys the means of helping its victims. "In Hiroshima 90 per cent of physicians and nurses were killed or injured; 42 of 45 hospitals were rendered non-functional; and 70 per cent of victims had combined injuries including, in most cases, severe burns." (ibid). The long term effects of radiation, according to my sorce, continues to haunt Japanese people to this day, reducing life quality significantly, for example through intellectual disabilities and higher risk of cancer.
In short, nuking Japanese cities killed hundreds of thousands, and the survivors did not get a much better fate. This catastrophy resulted in the global anti-nuke movement, and the banning of nukes as an acceptable weapon to use in war.
The debate
The traditional narrative tells us that Japan would not have surrendered had the nukes not been dropped on their cities. It argues, that the nukes were such a display of power that Japans supposedly "unbreakable" will to fight was broken. This narrative provided by the US government is heavily disputed. We cannot know for sure that Japan would have surrendered anyways, but many strong pieces of evidence points in that direction. Read the article to get more details.
More importantly, it was the US demand for "unconditional" surrender that made Japan and its emperor hesitant in surrendering, according to the article. In other words, the US definitely had other options than nuking Japan. From changing their demands a little, to fighting Japan a little longer (or heck, maybe nuke an area that is not a city), the US could have made Japan surrender without dropping nukes on its cities.
Summary
The US turned the lives of hundreds of thousands of innocent civilians into a painful death or painful life. They did this because of an ambiguous idea that this was the only way to quickly end the war. This war in fact cost less American lives than was killed by the nukes intended to end it.
ARGUMENTS
It's pure terrorism
Even if you ignore the analysis presented above, and believe only the nukes could end the war, that changes nothing. Those two weapons of mass destructionction were not an acceptable or justified way to force Japan to surrender. Nukes have, as stated earlier, been banned from being used in warfare at all. Fine, there was no such law in 1945, so maybe a nuke or two was acceptable??? Nope. Killing civilians to instill fear in an attempt to force through political change has been and is always considdered terrorism. There is no substantial difference between the 9/11 attacks and the nuking of Hiroshima and Nagasaki.
It is a pure imitation of evil
You know who else decided to bomb civilians untill his enemies surrendered? Hitler! In what's called the Blitz, Hitler ordered the bombing of British cities, hoping the British will to fight would crumble. One could easily say that what the US did with its nukes in ww2 was exactly the same as Hitler would have done with such a weapon: kill hundreds of thousand of innocent civilians. If this does not put things into perspective, I don't know what will.
SUMMARY
CONCLUSION
The nuking of Japanese cities is immoral, unethical, unjust, unfair --- and therefore, WRONG. The resolution is evidently true.

Benjamin
07.19.21 09:39PM
Pro
#3
It seems my opponent has forfeited; possibly even left the website. Well, that means my argument stands unchallenged. Extend.

Hiroshima was chosen because of it's military significance.

Oppenheimer was a traitor. My opinion. 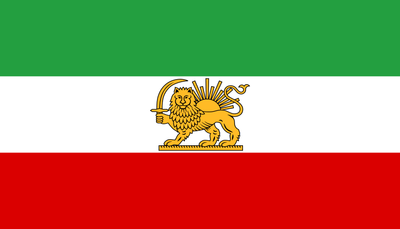 Was there a better method? I mean, it worked didn't it?

Well, without Kritik I am basically screwed.

Are they justified putting atom bombs in Japan? I think yes.

Do they have better methods? I think yes.

Netting positivity is prudent, but has nothing to do with morality, that's why I asked if he's arguing that it was unethical or imprudent

Freeing people from this eternal suffering they believe that is the war nets in positivity.

Do you want this to be an ethics debate or a strategy debate?

Pro made an argument, Con didn't.