Good and evil co-exist as opposing necessities of free will 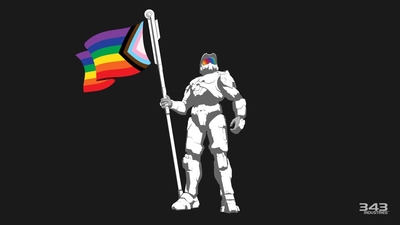 This debate is in the philosophy category to allow an expanded discussion incorporating religion and philosophy. Typical sources feeding argument from both perspectives is allowed. It should not be considered exclusively one category or the other, but either opponent is allowed to argue from either exclusively if desired.

As Pro, my BoP is to demonstrate that both good and evil are necessary elements for man’s free agency to exist to make personal choice of engaging either, that no other force is applied to coerce personal thought and action.

Con’s BoP is to demonstrate that good and evil do not co-exist, are not in opposition to one another, and that free will of man does not exist.

Note that no mention of any divinity is described. Though I am a theist, this debate is not necessarily dependent on the necessity of any divinity. This is within the scope of man on Earth. However, should an opponent wish to entertain a divine nature of the opposition of good and evil, either for or against the Resolution, it is allowed.

Definitions: [within the scope as these topics relate to the human condition]

Good: a person, object, thought, or action that is of good report, high quality, suitable for purpose, worthy of praise.

Evil: a person, object, thought, or action that is morally depraved, wicked, the opposite of all attributes listed under “good.”

Co-exist: to exist together, at the same time in the same place.

Opposition: in conflict or disagreement.

Necessity: something that cannot be left undone, or unengaged.

Free will: the ability of man to choose between good and evil, and act accordingly.

All argument, defense, rebuttal, and sourcing will be listed within the context of the debate argument rounds, or sourcing may also be listed within comments within the debate file to conserve maximum space for argumentation, but only during the argumentation’s three rounds. Neither participant may consult with any person associated with DART to serve as a sourced citation as a feature of participant’s argument.

No waived rounds. No more than one round may be forfeited, or forfeiture of entire debate will result. Concession in any round is a debate loss.

No declaration of victory will be made but in the 3rd round. No declaration of assumption of the opponent’s concession or forfeit in any round. These conditions will be obvious to voters only by either participant’s own declaration.

Arguments, rebuttals, defenses, or conclusions may not address voters directly for voting suggestions beyond statement of validity for arguments, et al, made in all rounds. Participants may encourage voters/readers to read/examine any portion of, or entire rounds.

Once the debate is accepted by an opponent, Pro [me] may or may not respond to any post in the Comments section of this debate. The preference is a non-response in favor of concentrating on the debate, itself, and for fear of having influence on anyone during the debate’s argument phase, particularly on potential voters.

I won’t, I promise. Working on my first statement and rebuttal as we speak and hope to do my part in making this debate a fun spectacle.

Please don't forfeit all the rounds. This looks like it could be a fun debate to watch.

Normally, once I've begun a debate, and posted the beginning argument, I avoid comments until after voting is completed, to avoid influence on voters. Although you posted your question prior to my posting of my first round, I did not see it before I posted. I don't think it will influence anyone who may vote because you are correct: by definition, free will depends on the co-existence of both both good and evil, which is why the Resolution is worded as it is.

I feel like the definition of free will is a bit too kind to pro for this debate. If free will is nothing more than the ability to choose between good and evil, then evil is required for free will by definition.

Apologies if I'm missing something or coming off as needlessly pedantic.