THBT Free will, not determinism, is, on balance, the best explanation for man’s active interaction with the universe 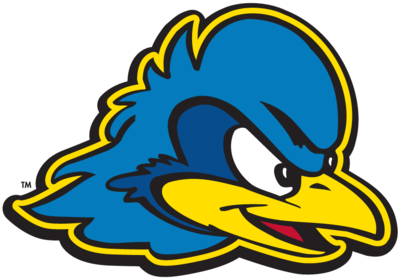 THBT Free will, not determinism, is, on balance, the best explanation for man’s active interaction with the universe

The question of our free will, also referred to as the dilemma of determinism, is a combative idea that some claim cannot be solved, though philosophy has attempted to do so over millennia. This is the thrust of this challenge. My BoP will champion free will as humanity’s guiding principle in all social interactions in particular, if not also by inter-personal reflection.

“Also called the dilemma of determinism, we do not know if our actions are controlled by a causal chain of preceding events (or by some other external influence), or if we're truly free agents making decisions of our own volition.”

By declaring the dilemma to be addressed to the “universe,” I mean by that to demonstrate that free will is the process by which we interact with all other persons and things about us. If it has affect or influence on us, individually or collectively, we are not compelled to respond by external force, but ultimately by our personal, collective will. This is true whether free or enslaved. If the latter, we may cave to our oppression, or, we may combat it, even at the risk of life. That is the ultimate expression of free will; to risk life and limb.

A forfeit of any round is a loss.

No new arguments in final round

Free will – or free agency: Each person’s decision to think and act by response to external, universal stimuli by freedom of choice, regardless of potential reaction by external forces.

Determinism: Each person is controlled by an external, causal force of preceding events.

On balance best explanation: free will is the more probable, or greater than 50%, means by which we respond to external forces upon us.

Interaction: mutual reaction to stimuli; we and the universe.

Universe: All external forces/stimuli acting upon us, individually or collectively.

949havoc
09.03.21 11:35PM
Pro
#1
Thank you, Duel, for accepting this debate.
In this first round, I will render two arguments:
1. Free will feeds the courage to overcome obstacles such as oppression.
2. Any past event may influence a decision of free will, but thought and/or action is not compelled by determinism.
1  Free will feeds the courage to overcome obstacles such as oppression.
a.    Free will, or free agency, by definition, is each person’s decision to think and act by response to external, universal stimuli by freedom of choice, regardless of potential reaction by external forces. It may be argued by proponents of determinism that not all people are free to be agents unto themselves, either by oppressive governments, parents, teachers, employers, or even in the extreme cases of slavery or unjustified imprisonment.
b.    These “oppressors” may have legal oversight presenting an imposition on ages of minority, but these impositions disappear, typically, when a subject reaches a determined age of legal majority/accountability when free will can be applied at will.
c.     These ‘oppressors” may also have legal oversight by virtue of a person’s arrest, trial, and conviction for illegal actions for which imprisonment restricts freedom of action, but it still does not oppress freedom of thought unless the prisoner allows him-herself to be so oppressed even in thought.
d.    However, no proponent of determinism can deny that, in spite of these obstacles, each person, child or adult, can decide to defy even oppressive authority, even if defiance is at risk of loss of life or limb. Some people are courageous enough to act on the process of free will. Others shy away from that courage, but their fear is not sourced in a lack of free will, but in a lack of courage, which is entirely another matter not germane to this debate.
e.    0bserve:“…while both humanization and dehumanization are real alter- natives, only the first is the people's vocation. This vocation is constantly negated, yet it is affirmed by that very negation. It is thwarted by injustice, exploitation, oppression, and the violence of the oppressors; it is affirmed by the yearning of the oppressed for freedom and justice, and by their struggle to recover their lost hu­manity.”[i]
f.     The above, 1.d, demonstrates that courage, not lack of free will, is the motivation to be willing to overcome oppression. That oppression exists cannot be argued. Many in the world suffer under its force. But, time and time again, throughout history, we have seen examples of people have gather courage to fight against their injustice of oppression. Some died in the process, but others lived to see their free will call them to action to overcome their obstacles.
g.    Observe:“Liberation is defined as the social, cultural, economic, and political freedom and emancipation to have agency, control, and power over one’s life. To live life freely and unaffected or harmed by conditions of oppression is to experience liberation (Watkins, 2002). Although there are varied ways of experiencing liberation – from the individual to the community to the systemic – each one is interconnected with the other.”[ii]
h.    Note that liberation from oppression demonstrated by 1.f is couched in the same terms as the resolution of this debate: free will, or “to have agency.” The simple fact is, liberation from the various oppressions, given the restrictions outlined in 1.b, are just one facet of many functions of free will. Otherwise, so determinism insists, we remain oppressed after all that we can do. No, that is clearly not the story of human history.
i.      Therefore, the resolution is upheld.
2  Any past event may precede a decision of free will, but thought or action is not compelled.
a.    Magnetic Resonance Imaging (MRI) now reveals the science behind the function of free will indicates that  “that the outcome of free decisions can be decoded from brain activity several seconds before reaching conscious awareness.”[iii]  With this discovery, it is evident that determinism by past events has no place in the human physiological system to have predetermined consequences, but that a decisive process rendered by free will is the vehicle driving our determination of thought and action. Otherwise, determinism would be evident all along, and not before a conscious decision is made.
b.    The activity of choice is evident by physiological change in the brain, evident by an MRI record. If determinism were the operative process, there would be no evidence of brain activity showing a selective process taking place.
c.     The MRI scan demonstrated that “…we show predictive activity patterns recorded before a decision was made became increasingly stable with increasing temporal proximity to the time point of the conscious decision.”[iv]
d.    The fact that the signal became “increasingly stable” indicates a process of review of options and selection of a determined course of thought or action, and not an instantaneous thought or act as would be expected by determinism.
e.    Therefore, the resolution is upheld.
I rest my case for R1 and turn the round over to my opponent. In my frame of R2, I will add argument, and rebut Con’s R1 arguments.
[i]https://envs.ucsc.edu/internships/internship-readings/freire-pedagogy-of-the-oppressed.pdf  pg 44

949havoc
09.11.21 12:45AM
Pro
#3
In my first round, I offered two arguments:
-  Free will feeds the courage to overcome obstacles such as oppression.
-  Any past event may influence a decision of free will, but thought and/or action is not compelled by determinism.
Since Con has forfeited round 1, and I have ruled against forfeiting a single round, nevertheless, I will offer a second round argument. Since there are no round 1 Con arguments, I have no rebuttals to make.
1. Argument: Free will is exercised in a matter of degrees.
a.    Some people have more free will than others. This is a fact of life, and is demonstrated, for example, merely by the condition mentioned in round of incarceration. If I am in jail for the commission of some crime, I have less free will available to me than you do, who is free to live your life unfettered by legal incarceration. Hence, your freedom allows your greater exercise of free will than my relative limited freedom.[i]
b.    Even as groups, and not individually, the existence of free will is evident because some groups of people enjoy greater free will today than had 160 years ago when in the U.S., slavery was abolished by ratification of the XIIIth Amendment.
c.      “This Sentence Is Proof of Free Will. And this one. And this one. This whole column constitutes proof that free will exists. Free will is an idea, a packet of meaning, that cannot be reduced to mere physics. The idea of free will, not its instantiation in my brain, provoked me, my physical self, to type this column. I’m not compelled to write it. I have lots of other things to do…”[ii]
d.    Likewise, my free will is demonstrated by my ability to copy/paste the quote above without compulsion by anyone or anything. However, even though now an adult, I am writing this in my assumed free time, when, in fact, I may have household chores to do I promised to have completed by now. I have the choice to countermand earlier decisions of scheduling, so. My free will is still intact, even if I later regret I did not complete the chores.
e.    The cited source above in a and c determines that determinism depends greatly on quantum physics:
“Just because physics can’t account for free will doesn’t mean it doesn’t exist. Free-will deniers tend to be hard-core materialists, who think reality, ultimately, consists of particles pushed and pulled by fundamental forces. This hyper-reductive worldview can’t account for choice. Or consciousness, for that matter, or beauty, morality, meaning and other trappings of the human condition.”[iii]
[i]https://blogs.scientificamerican.com/cross-check/my-go-to-arguments-for-free-will/

949havoc
09.18.21 01:03AM
Pro
#5
Since Con has forfeited rounds 1 & 2, and I have ruled against forfeiting a single round causing a loss, I hereby declare the debate a win for Pro since there are no new arguments allowed in round 3, either. With no arguments heretofore, I have no arguments to rebut, and therefore declare victory in this debate with my two rounds of arguments sufficient to demonstrate the Topic.

Thank you for your attention. I humbly request your vote for Pro. Thank you.

Thank you for voting

Thank you for voting

Thank you, Duel, for accepting this debate. I will be posting my first argument by tomorrow.

Not just makes more sense, but is, in fact, the better explanation of the philosophy of our motivations of thought and action.

So, to oversimplify, the resolution effectively is about proving if free will or determinism makes more sense?

The brain is entirely material and calling it a 'stimulant' of the thinking process would understate the effect it has on decisions, let alone hormones.