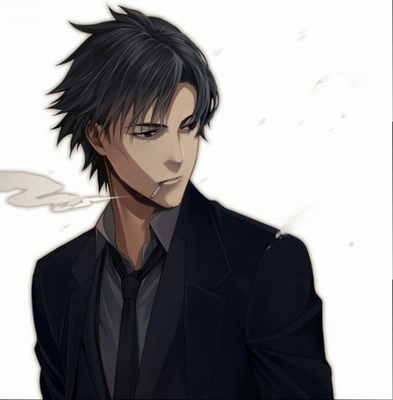 Antinatalism definition: Antinatalism or anti-natalism is the ethical view that negatively values procreation. Antinatalists argue that humans should abstain from procreation because it is morally wrong (some also recognize the creation of other sentient beings as problematic). In scholarly and literary writings, various ethical arguments have been presented for antinatalism.

Exanimaa
01.15.22 07:46AM
Pro
#1
Contention I: Argument from Kantian imperative
procreation is contrary to Immanuel Kant's practical imperative (according to Kant, A man should never be used as merely a means to an end, But always be treated as an end in himself). Anti-natalists argue that a person can be created for the sake of their parents or other people, But that it is impossible to create someone for their own good; and that therefore, Following Kant's recommendation, We should not create new people.
-
Contention II: Asymmetry between the good and the bad things
there is a crucial asymmetry between the good and the bad things, Such as pleasure and pain:
If there is five people in a room and no one is feeling pleasure, Who cares? This is not the case if five people are in a room and feeling pain, People care. Therefore the idea of none existence is good from the point of view of the bedrock our entire moral philosophy is generally based on, The absence of pain. Almost no moral ought's are goods in themselves which are not dependant upon the idea of eradicating pre existing or potential pain. Therefore following this line of logic, None existence is morally preferable as opposed to an existence with guaranteed suffering or an existence with more guaranteed suffering than pleasure.

RationalMadman
01.17.22 06:08AM
Con
#2
Since this is only 3 Rounds (Rs) and I expect quite a fight to occur in R2, I'll go full-force R1 contrary to my usual setup.
What is Anti-Natalism (AN) and why has Pro hidden the horrific idea?
Wouldn't someone who is pro AN, try and introduce you to the idea, passionately explaining it to you? Isn't defining the core philosophy in this debate important? Let me let you in on why he avoided telling you about it.
Anti-natalism is literally the idea that nobody should be born because in their outlook the suffering isn't worth the pleasure in life.
To be fair to my opponent, I'll paste an official definition:

They believe humans shouldn't have children. Who are the anti-natalists - and how far are they willing to push their ideas?

Wouldn't it just be better to blow a hole in the side of the earth and just have done with everything?

Thomas, 29, lives in the east of England, and although his idea of blowing up the world is something of a thought experiment, he is certain about one thing - humans should not have babies, and our species should gradually go extinct.
It's a philosophy called anti-natalism. While the idea dates back to ancient Greece, it has recently been given a huge boost by social media.

Anti-natalism is the extremely provocative view that it is either always or usually impermissible to procreate.

https://iep.utm.edu/anti-nat/
You could call it the absolute antithesis of being pro-life but I think that's too disrespectful to pro-lifers to say as they actually have more basis for their stance (yes, I'm disrespecting antinatalists in their stance being valid). Anti-natalists want you, reader, to never have been born but they will con you into thinking it's for your own good. They don't care if your particular life was worth the suffering that occurred during it, they assert that you were not worth having existed because of the detriment you are to both yourself and the environment (funny how they stop at non-human life with their destructive agenda).
This is a dangerous mindset to allow to seep into the mainstream. It is blatantly morally incorrect to allow, we will all go EXCTINCT WHAT ON EARTH IS THE PREMISE?
I mean let's see the 2 premises that Pro gives...
1. Kant said people are ends in themselves, not just what they do.
Okay, so if people are ends in themselves, then why would we want none of them to be born?
2. Pain is active and asymmetrical the the passive pleasure...
What? Like what?
To justify this, Pro says the following:

Do you see now why it's asymmetrical? That's a clever rhetoric tactic.
Either way, I'm confused because imagine no pleasure at all like total lack of even pleasurable calm, completely on edge all 5 people... That's actually not nice. Also, imagine total lack of 'pain' okay that's imaginable but total lack of suffering? Can you have total lack of either really? Unless we talk extreme torture and abuse or extreme pleasure neither can totally be lacking in the experience. In other words, total lack of pleasure is definitively deep agony and total lack of pain is definitively deep pleasure.
Yep, I'm not even using the neutrality rebuttal here.
I want you to imagine what kind of scenario it is where one lives a life of total lack of pain... Are they supposed to be completely happy their entire life and once their sexuality develops be orgasming constantly and just over the moon all day long every day? Pro would basically say that unless life is like that, the very presence of pain and suffering justify never having a child ever and aborting if you would accidentally have conceived.
How is it morally correct, by the way? Pro didn't explore morality. While this theory doesn't say we, whom are alive, ought to kill ourselves it actually strongly implies that too. What kind of 'moral correctness' is there in it? Pro hasn't even explained it.
Round 2

RationalMadman
01.19.22 09:17AM
Con
#4
Under utilitarianism, it isn't best for us to all go extinct and thus it is morally incorrect to push that agenda.
Under nihilism, nothing is morally correct.
Under solipsism, AN is morally neutral.
Round 3

I think it is morally acceptable, but not right.

While Pro did make an argument, he did forfeit 2/3 rounds, while Con kept making arguments. Therefore arguments go to Con. For the same reason, Conduct will also go to Con. Spelling and grammar will be tied since I saw no errors from either side. As for sources, Con was the only one to provide any, so Sources to Con.