Some races are bad for society.

noun
a competition between runners, horses, vehicles, boats, etc., to see which is the fastest in covering a set course.

noun
the aggregate of people living together in a more or less ordered community.

Resolution and BOP
The resolution of this debate is that some races are bad for society.
To win this debate; I as PRO must successfully prove that at least some races are bad for society. This debate has a shared burden of proof. If CON is unable to show that no race is bad for society, CON has lost this debate.
Having said this, it is time to present my case to the voters.
Public "street races" are bad for society.
The practice of street racing is defined as follows:
Street racing is typically an unsanctioned and illegal form of auto racing that occurs on a public road.
C1.
Street racing on public roads is a dangerous practice that has been declared illegal in many areas. The reason this practice is so dangerous is quite evident;
1) It is known to cause severe damage, and injury.
2) It takes the lives of innocent people
3) It makes roads unsafe. Racing on the highway is a situation where any mistake on a high to extreme speed progression can be fatal.
Below are statistics by the NHTSA (National Highway Traffic Safety Administration) that indicate the negative impacts, deaths, and damages caused by public street/road racing.
C2.
In street racing, people ignore laws designed for public road safety.
Roads are how citizens travel from varying destinations. The reason we have road laws is to keep everyone safe, by ensuring people use the road safely and responsibly. Public street races violate these laws, and significantly endanger parties involved, as well as innocent drivers and people, making them bad for society.
The syllogism I want the voters to understand is this:
Conclusion
I have shown that public street racing is bad for society because it causes many deaths, puts innocent people at risk, causes damage, and makes public roads more dangerous. The reason people engage in this activity is for entertainment, but risking the lives of innocent people for entertainment is not good for a functioning society, nor is practicing auto sports on public facilities designed for civilians to use responsibly and get from one place to another.
Street races are indeed races, therefore at least some races are bad for society.
Please vote CON.
Sources
https://en.wikipedia.org/wiki/Streetracing
https://www.nhra.com/nhra-drags-street-legal-style/race-smart
https://www.hwnn.com/blog/shouldnt-run-red-light/
https://1800lionlaw.com/red-light-runners-kill-2-people-a-day-in-the-united-states/
Definitions from google/oxford languages

This is how you properly intimidate your opponent in the comments section. Keep it simple, have weight to your bragging.

This should be smooth sailing for me.

Without street racing, we would have no Fast & Furious franchise which harm far outweighs the risks.

When they use a semantical kritik, use one back to defeat them instead of complain about it. I mean, there is not but one word in the topic, right?

The rat race is also bad for society.

When people look at this debate, they think of this definition:

each of the major groupings into which humankind is considered (in various theories or contexts) to be divided on the basis of physical characteristics or shared ancestry.

By tricking them to accepting this debate without knowledge this is not the case, that is viewed as a trap.

I really don't understand why people are saying this? What semantics. My resolution was quite clear

I won't vote too harshly for your semantics... just know this strategy can be beaten by a person good enough.

The joke here isn’t bad, but you should have specified the definition in the description, which is why people are saying this is a a semantic trap. They would be correct, too.

Thats good, because as I remember in the last debate, you used very innapropiate slurs to aid your argument. I just wanted to provide some caution.

So far I think I secured the conduct point, so I won't be risking it with any slurs.

I must caution you, please refrain from using slurs this time. Debate is all about conduct and civility.

Good for you, we can now proceed with debate! Thank you.

I wouldn't describe you as clever either. I'm just going to copy and paste something I wrote in another debate and this should be smooth sailing

I will look forward to your argument.

I don't really believe debating is particularly clever in any specific way. It's more of a contest of reason and being persuasive. I would certainly not describe myself as clever in a significant way.

They will punish him for it. He is also about to learn he isn't as clever as he thinks he is.

Given that you're against one of the biggest trolls of the history of this community (even before this website began) and that you don't know how frowned upon semantic traps like this are here (more so than debate.org which was the site we migrated from) I'll let it be and not talk more about it.

I don't even hate what you did, not only objectively but even subjectively as I was the type who'd do absolutely anything within the rules to win, no matter how annoying it was, I'm annoying and cunning when I want to be. However, I can tell you that the reason I stopped it is largely a result of realising that voters punish it here or at the very least grow bored of it. You would have done better on the old website as the voters and group who were active there were much more pro-troll-debate than the ones active now.

I'm not sure I understand. In which way do you believe I will troll, specifically? I am simply having a debate.

Well, I guess you are right. He already fucked up though with his first round though. So it's cool

Pro is going to semantically troll you with both 'race' and 'bad', just watch. 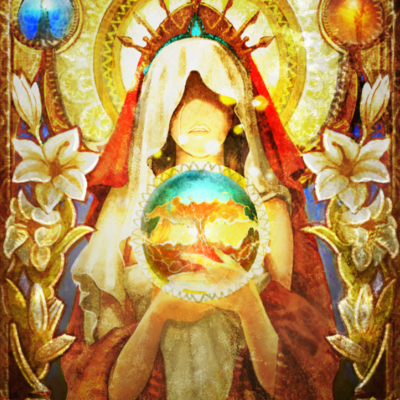 Do you include societal factors which apply more to certain races than others? E.g., Nigerians and Somalis are both African, but in general immigrants may perform very differently in (say) US economy because of their varying societies, rather than their race. (For the sake of example; I don't know if that's precisely accurate.)
I'm hesitant to accept this debate because I don't really know anything about the argument your making.

Arguments to PRO, since they were the only one to make argument.

Sources to PRO, since they were the only side to provide sources.