Intelligence_06
04.03.22 04:13AM
Con
#2
Per the rules(or a lack thereof) of this debate:
Because Pro has never specified that Con should go first, and per the system itself that allows instigators to go first no matter what, Pro has technically forfeited and conceded a round. Pro has just wasted a round where he could put forth arguments, even if they are not extremely well-thought-out.
If Pro continues such behavior, he not would only lose the one point on conduct, but likely the debate itself as well.
I. What is "Completely OK"?
Well, OK means, more or less, that "is justified or agreeable" when used as an adjective[1]. Completely means, "Having all necessary parts"[2]. We can assume that "All parts" means all people or the entire society, since saying a word would elsewise amount to technically no differentiable distinction in any other standards. In other words, "Completely OK" would convey the meaning of approximately "Agreeable to all of society".
What is proper context?
A "proper context" basically means a context that is being used correctly, in summary[3]. That means, using the term "Faggot" according to its definition and according to when it could be used would be within its "proper context".
What is "Faggot"?
"Faggot" can be used as an offensive or insulting term to homosexual men[4], which means using said term to insult gay men is along its proper context.
II. How does insulting make people feel?
So we already have proof that "Faggot", when used in proper context, is an insult, for the sole reason that the definition says so. Now, are insults good? Common sense tells us no, but there are reasons.
[5]

In a verbal society, such as the human one, physical aggression is less often used to settle issues of status: These are mostly deferred to verbal interactions. An insult can thus be interpreted as an attempt to reduce the social status of the recipient and raise the relative status of the insulter.

You are talking about a ( faggot ) being / meaning : a bundle of sticks bound together for fuel.

"Good for you. Just because it doesn't hurt you doesn't mean that everyone else is wrong for being hurt by it"

I don't believe the argument is that no one is offended by it, but that it is arbitrarily elevated in a way that almost necessitates its offensive nature.
People are offended by many things, as it seems.

->Coerce speech how?
By censoring words they don't like.

->I don't see the problem with this.
Because your an SJW.

->Someone asking to not be called words that have been used to oppress and degrade them for centuries doesn't mean they have thin skin; people have the right to not want to be called derogatory terms and to think you're a bad person if you continue to do so/don't believe in that right.

If someone uses a word to degrade you, you need to grow a thick skin. I know that's hard for Canadians to understand, but America is a much more tough country. We don't want the government speech policing us. It's why the KKK haven't been censored yet. It's also why the opposite of the KKK (minorities) are more attracted to America than they are to Canada.

Coerce speech how? Coerce speech so that people don't say slurs? I don't see the problem with this. Again, just because it doesn't offend you personally doesn't mean it's okay. Someone asking to not be called words that have been used to oppress and degrade them for centuries doesn't mean they have thin skin; people have the right to not want to be called derogatory terms and to think you're a bad person if you continue to do so/don't believe in that right.

If using a term that is symbolic of a millennia of oppression against a group of people hurts some members of that group, that's not their fault. If you don't believe that hurting people unnecessarily is a bad thing because you find kindness an inconvenience, I don't know what to say.

->Claiming to formerly be a member of the LGBTQ+ community doesn't give you validity points here.

Why not? People have made jokes about me being bi but I don't get offended by them because I'm not an ancom. It's just woke straight liberals and woke alphabet morons from silicon valley using alphabet people as props to coerce speech and it's so annoying.

I'm a trans lesbian and that term doesn't bother me; doesn't mean it's okay. Claiming to formerly be a member of the LGBTQ+ community doesn't give you validity points here.

If someone uses the term "faggot", I don't consider this to be bad and you'd figure it would effect me, but it doesn't, and it shouldn't. Grow a thick skin. Sticks and stones may break my bones but words will never hurt me.

The 1st amendment protects you from the government, not from being a bad person.

I used to be bi (I told people that I was bi when I was) and if someone called me a faggot then, I wouldn't be offended because I have a thick skin. Thin skins lead to the 1st amendment being eroded.

Those who say "___ need to grow thicker skins" often lack empathy toward groups they are not apart of.

I have no problem with slurs like the n-words, fa****, fuck, shit, or the derogatory term for Jewish people. People need to grow thick skins. The people that get outraged at the N word are often corporate dems and radical ancoms like theweakredge.

I have no problem with the use of slurs. I think all of them are okay; n word, t word, whatever it may be.
Obviously that does not apply to circumstances that demand some form of conduct.

I would prefer a definition of 'OK' as I can think of a creative way to take on this topic but don't want to risk it as it could go either way. 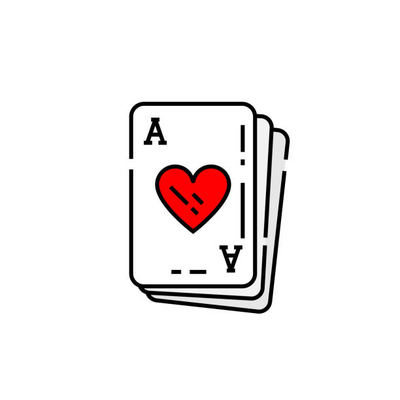 Precisely what I was going to ask