Waiting for the contender's first argument. 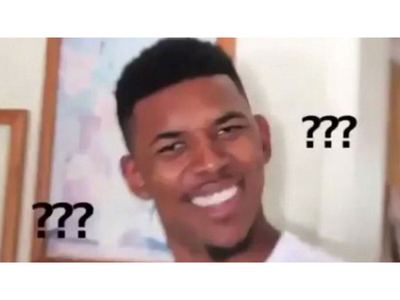 There have been allegations that Russia has created a misinformation campaign regarding GMOs in order to bolster its own agricultural sector.

We would be debating the resolution: Russia creates propaganda targeted towards the West to spread misinformation about GMOs

As Pro BoP is on me to prove that Russia is spreading information about GMOs, that this information is indeed false, and that this is all part of a propaganda effort.

Kritikal
06.26.22 07:54AM
Pro
#1
Thank you to @Idontknowanything for accepting this debate.
Framing
For the word ‘misinformation’, the definition from Oxford Languages should be used: “false or inaccurate information, especially that which is deliberately intended to deceive.” [1]
Propaganda is simply “the spreading of ideas, information, or rumor for the purpose of helping or injuring an institution, a cause, or a person”[2]
“Targeted towards the West” does not mean that this misinformation has to solely cater to the west, but instead that the primary intended consumer is the West. This is because the word targeted talks to the intention of the producer, but has nothing to do with how media is consumed.
Finally, the word Russia is more complicated than it seems because one could choose to interpret it in many ways. It could include the government, a geographical location, or something else. In the context of a resolustional debate we should take the broadest interpretation. This is because the only purpose of the debate is to prove the resolution true or false, and the resolution is true in any form if it is true, while it is only false if all reasonable interpretation of the resolutions are false.
This is why we should assume that the word Russia includes all institutions, individuals, and properties of which Russia consists.
Case
According to a report from ISU Russia drives GMO misinformation: “Biotech news coverage in English-language Russian media fits the profile of the Russian information warfare strategy described in recent military reports. This raises the question of whether Russia views the dissemination of anti-GMO information as just one of many divisive issues it can exploit as part of its information war, or if GMOs serve more expansive disruptive purposes. Distinctive patterns in Russian news provide evidence of a coordinated information campaign that could turn public opinion against genetic engineering. The recent branding of Russian agriculture as the ecologically clean alternative to genetically engineered foods is suggestive of an economic motive behind the information campaign against western biotechnologies.” [3]
This propaganda is casts GMOs in a negative light, and is not random: "Compared to a wide range of American news media, two Russian news agencies — RT and Sputnik — were more likely to report on GMOs and to cast GMOs in an explicitly or implicitly negative light,” Dorius told Gizmodo. “The evidence suggest that the difference between Russian news concerning GMOs and U.S. news on the same topic is not random.” [4]
And indeed, this negative information is false. [5]
Russia has an economic motive to undermine GMOs, and its outlets actively publish information that the scientific community as a whole knows to be false. Furthermore this “fits the profile of the Russian information warfare strategy.” It is more than clear that this is propaganda.
[1]https://www.google.com/search?q=misinformation&rlz=1C5GCEM_en&oq=misinformation&aqs=chrome..69i57j69i61l3.3323j0j7&sourceid=chrome&ie=UTF-8
[2]https://www.merriam-webster.com/dictionary/propaganda
[3]https://www.tandfonline.com/doi/full/10.1080/21645698.2018.1454192?scroll=top&needAccess=true
[4]https://futurism.com/russians-fuel-gmo-debate
[5]https://www.forbes.com/sites/gmoanswers/2016/05/20/gmos-are-safe/
Not published yet
Round 2
Not published yet
Not published yet
Round 3
Not published yet
Not published yet

"Hmm... so when I ask if government should intervene in my vagina or should people have the freedom to choose who grows in their body when your saying it's the leftists outlawing my personal autonomy?"

This is a special exception. Just like the social contract the woman has a type of unwritten contract with her child not to murder it. When leftists claim this is about men wanting to control women it's disingenuous. The anti abortion laws are about preventing murders.

"so when I ask if government should intervene in our American right to vote or should people have the freedom to choose their president by majority every four years, you're saying its the leftists trying to illegally hold on to the White House?"

Is this your way of arguing against making elections secure, because you know that insecure elections where cheating is allowed will always be won by Democrats because of their lack of morality?

Uh....but my definition is rooted in history and is defined true to the maker's intent at coinage- whereas your definition was merely shat out of you on impulse without consultation of any standard work of reference. And you yourself are a notoriously unreliable, anti-dependable fake news fountain of toxic bullshit. So....

But most conservatives support GMOS.

He is right. Right wing should be defined basically as anti statist and left wing should be defined as pro statist. Under this definition people like Adolph Hitler Mussolini and che Guevara all have their similar ideologies on statism on one side and anti statists like Thomas Jefferson would be on the right side of the political spectrum. When I am arguing against leftism it's usually an argument against the fact you guys want to be subjects to the government as opposed to free citizens.

You are defining right-wing so simple-minded btw.

I am just using Wikipedia's definition. Why make it more complicated than that unless you are trying (as most do) to redefine the terms to suit your own bias?

"There is a reason why out of all highly developed nations, America is the one (or certainly tied joint last with others, at best) with the least provision for its poor."

I don't buy this factoid. Of the 66 nations the UN calls highly developed, US ranks 17th in human development and socioeconomic sustainability- worse than Germany, better than France, same as Canada.

Furthermore, I challenge the notion that liberty and equality (the measure of leftism) necessarily imply maximal provision for its poor. The poor of Singapore enjoy better food and shelter than US poor but they are far less free and equal than the US poor.

You are defining right-wing so simple-minded btw.

Until recent times, there wasn't any point in history since US began that China was more right-wing than it. It's extremely debatable today if it is or not. I agree with you that it isn't more left-wing than modern US but the margin is less than you think when you factor in overall society and economics.

There is a reason why out of all highly developed nations, America is the one (or certainly tied joint last with others, at best) with the least provision for its poor.

We have established before that you remain willfully uneducated regarding standard definitions in political ideology. Read a book some time.

"Libertarianism originated as a form of left-wing politics such as anti-authoritarian and anti-state socialists like anarchists, especially social anarchists, but more generally libertarian communists/Marxists and libertarian socialists. These libertarians seek to abolish capitalism and private ownership of the means of production, or else to restrict their purview or effects to usufruct property norms, in favor of common or cooperative ownership and management, viewing private property as a barrier to freedom and liberty."

"by your definition that would make Republicans (the conservative party) liberal."

"-->@oromagi
I am sure the past rednecks and blacks alike would have something to say to your BS. That is ignoring the raped and slaughtered natives."

But to make your false claim of "as right-wing as it gets" hold any water, you would have to show that US treatment of Native Americans was objectively a greater enforcement of hierarchies (right-wing) than the Spanish Casta system or the French elite/noirs system in Haiti or the castration of slaves in the Chinese and Ottoman Empires, etc. I would not claim that the US has always been the most Left-Wing of governments but to say that America has always been the most Right-wing suggests profound ignorance of much of modern world history. There has never been a time in the past 300 years when China, India, Russia, were more left-wing than the US contemporary to that time. America was not the first nation to criminalize slavery but it was ahead of most non-Western nations. America was not the first country to enfranchise women and racial minorities but it was ahead of most other countries.

I am sure the past rednecks and blacks alike would have something to say to your BS. That is ignoring the raped and slaughtered natives.

-->
@oromagi
America has been as right-wing as it gets throughout most of its history.

This is objectively false. The Frenchmen who coined the term Left-Wing literally, explicitly coined the term to mean "Let's be more like the Americans and their Revolution for human liberty and human equality."

America has been as right-wing as it gets throughout most of its history.

"Right-wing politics is generally defined by support of the view that certain social orders and hierarchies are inevitable, natural, normal, or desirable."
" Left-wing politics is the support of social equality and egalitarianism, often in opposition to social hierarchy.["

What is your definition of rightwing?

I would define left and right wing as follows

It is. This is what the right wing has done throughout history.

I thought the Russian government was right wing?