Taxes, and the case of the helpful billionare

zedvictor4
07.26.21 08:11AM
3
3
4
Added 07.26.21 08:11AM
--> @TheUnderdog
A Republican is best defined as a Conservative democrat....Though some Republicans have a tendency to be more conservative and less democratic
Whereas a Democrat is a more liberal democrat. Though some Democrats have a tendency to be even more liberal and less democratic.
And then there will of course, be exceptions in both camps.
And then there will be those that don't wear any badges.
0
#77
TheUnderdog

Theweakeredge
07.29.21 09:35PM
4
7
10
Added 07.29.21 09:35PM
--> @TheUnderdog
Let's clear some facts mister doesn't read books apparently. The Great Depression started in 1929, Eisenhower served in World War II as a general. The Great Depression was already ending due to the New Deal, and is typically agreed to have ended during World War II. Eisenhower was a president AFTER WW II, so, what does that mean? Oh yeah, HE WAS PRESIDENT AFTER THE GREAT DEPRESSION.
0
#80
FLRW 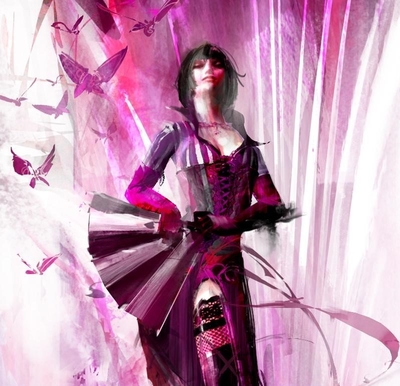 As I've discussed the idea of taxing the rich more, there has been some, well, pushback. That these people are paying more than their fair share, that they provide all of the income for the government, etc, etc. Here's the thing, the fundamental things - whenever a rich person it taxed almost any percentage of taxes, they will have more than enough income to live on, this is not always the case with poor people.

So why are the poor entitled to the money the rich have earned?
Yes, the rich are able to theoretically pay more tax, because their base costs can be super easily covered. But why should this be happening? Why are you forcing them at the government's gunpoint to pay more?

Furthermore, let's assume that Biden's 15 dollar an hour minimum wage passes - that's 15 dollars times an average workweek of 40 hours, multiplied by four for your gross monthly income. That's approximately $2400, so, to deduct that 50% income tax, you get 1,200 dollars. According to Statistica, in January of 2021 (the last recorded data point), that is an overall cost of $1,124... so - rent - costs nearly your entire gross monthly salary - and that's not even considering if you have kids, or any other bills you have to pay, like internet, car insurance, health insurance, utilities, etc, etc. And this is all presuming that the minimum wage is increased to 15 dollars an hour.

So what? Who cares if the poor aren't able to afford "average" rent? Poor people have to bunch up with other people to pay rent, pick below "average" rent areas, or become more employable so they can command wages better than minimum wage. No one is entitled to housing, let alone "average" housing. If you're so worthless to a society that you can't make over minimum wage, then you're in not position to demand better housing, especially if you stupidly had kids you can't afford to raise. Stop making rich people pay for your incompetence/mistakes.

According to Pew. Research and Business Insider, the median interest of the group considered the "rich" is $187,872 - to be charitable, we'll round down to 185,000 dollars annually. So dividing that number in half, we get 92,500 annually, and 7,708 monthly.. which, is enough to pay what Statistica reports as the average rent for a house of more than 5 people, more than four times over - so- to say that a tax will affect each level of income earner the same is to not understand what fractions can do to different proportions. This is, fundamentally why, the rich ought to be taxed more than the poor. Not to make them also struggle, but to overcome this basic principle of proportionality.

If you're not contributing substantially to America, then perhaps you don't deserve housing.
Your entitlement complex is ridiculous.
1
#86
949havoc

949havoc
08.31.21 12:58AM
1
2
8
Added 08.31.21 12:58AM
--> @Mesmer
Absolutely right!
Generally speaking, greater income is the result of higher education, and high school, alone, just doesn't cut it, anymore. Not to mention that the true education level out of high school has declined in the U.S., somewhat coincident with the left thinking they knew more about education than the educated. At one time, one of the major results of a good education was represented by the level of American innovation compared to other countries, demonstrated by the US owning the majority of new patents on an annual basis. But, we no longer own that plurality, and haven't since two years into Obama, and it has declined since. Might have something to do with Obama saying, then, that "there comes a time when you have made enough money." Funny thing, he bought a Martha's Vineyard mansion only after leaving the Presidency, when, before his presidency, he complained that he was just an ordinary guy.
1
#87
Greyparrot

ResurgetExFavilla
09.11.21 05:16AM
2
2
7
Added 09.11.21 05:16AM
--> @Theweakeredge
You must be young. The idea that the uber rich will taxes passed by the American government is quaint. They have a million different ways to hide their money, and make most of it from capital gains anyway. CEOs are the chumps that the vampires at the top hire in order to ensure that the money keeps flowing into their coffers. Income tax hikes would just take a chunk out of the level that's under the 1% and turn the wealth gap into a chasm. The way to really take a pound out of the uber-wealthy's hide would be structural (break up big conglomerates and distribute stock among working class people). But the entire political system is structured to stop something like that from even being seen as a political possibility. And if a country does try something like this then that top echelon, which is fundamentally international at this point, will just pull the necessary strings to destroy that country (either sponsor a 'democracy movement' to overthrow their leader or slaughter their people with sanctions until they bend the knee).
1
#90
RationalMadman

RationalMadman
09.11.21 05:54AM
10
10
11
Added 09.11.21 05:54AM
--> @ResurgetExFavilla
walk us more through your middle-ages utopia and how greatly undeveloped our society and species would be if we refused to stop localised networks staying only town-based.
If I've misunderstood anything you suggested, I apologise, correct me please.
1
#91
ResurgetExFavilla

ResurgetExFavilla
09.15.21 02:12AM
2
2
7
Added 09.15.21 02:12AM
--> @Theweakeredge
What do you want 'proof' for? That offshoring is a thing? That tax dodges are employed by wealthy people? That it's literally the law that a corporation must maximize profits for their shareholders? That the class called 'capital' comprises said shareholders overwhelmingly? That a CEO is employed to maximize the profits flowing to shareholders? That, in the West at least, 'capital' as a class is international (considering capital controls employed in, say, China, the situation is a bit different there)? These are all fairly standard facts that should be known to anyone with a modicum of understanding. But, as Aristotle put it, 'not to know of what things one should demand demonstration, and of what one should not, argues want of education.' If you want to debate politics, history, or economics, asking for 'proof' of easily demonstrable facts (literally read an entry level text book on any of these subjects) doesn't make you look more intelligent. Lazily invoking a thought-terminating cliché like 'conspiracy theory' does you even less credit.
1
#95
ResurgetExFavilla

ResurgetExFavilla
09.15.21 02:35AM
2
2
7
Added 09.15.21 02:35AM
The historical conditions of the Middle Ages cannot be replicated, and judging by where we ended up they obviously made significant mistakes. I don't prescribe to the idea of 'progress', that holds that we're advancing inexorably towards some sort of utopia. That doesn't meant that I think it's possible to 'turn back the clock'. We simply have to be practical, and realize that our current trajectory is insanely unsustainable.
0
#96
949havoc

Theweakeredge
09.23.21 02:20PM
4
7
10
Added 09.23.21 02:20PM
--> @ResurgetExFavilla
That CEOS aren't the ones benefiting directly that they are "vampires" at the top. In your critique you completely ignore that I was talking about directly taxing the rich, of course they can hide their wealth, that's called tax fraud - its a crime - my point is that that is an obvious point and people will be prosecuted for if it is found out. But the apparent wealth that CEO's do in fact possess being taxed is not something you have really commented on.
0
#98
FLRW