If You Have a Random Thought, Post it Here.

Lemming
01.22.23 11:32PM
4
3
10
Added 01.22.23 11:32PM
Illidan said "I am my scars"
By which I think he meant not only in body, but experiences, viewpoint, psych.
Blackmoore said, something along the lines of my intentions and actions towards you, made you what you are.
Drek'Thar agreeing, but that so did all of Thralls other experiences.
What about when one 'shares a body,
Such as Siamese twins,
I suppose such might be as people sharing a nation and it's history, culture.
Soothsayer Goat said "Your story may not have such a happy beginning, but that doesn't make you who you are, it is the rest of your story, who you choose to be."
Po said "What do scars do? They fade,"
Someone I don't know said, “I am another you, you are another me.”
I suppose, if one believes in pantheism,
Encourages the Golden Rule, perhaps,
But then by that logic,
No one needs permission to cause harm to themself,
Thus if other's are also me, need I their permission?
Discourages, the Golden Rule, perhaps,
Confusion,
Why anything, I can't grasp it.
. . .
I suppose one could think of a city, nation, or community,
As having consenting interaction,
Even if someone wears white shoes, people would be able to banish them, if they crafted a law thus,
Easier online though, I imagine.
. . .
I often think of Wittgenstein's Lion,
And wonder if ever we are speaking ourselves, legibly,
Certainly 'this post is incoherent a bit,
But ah well, random thoughts.
0
#652
WyIted

Lemming
01.24.23 05:11PM
4
3
10
Added 01.24.23 05:11PM
Interesting, reading a Reddit about Locke,
https://www.reddit.com/r/philosophy/comments/ljmza6/memory_identity_and_responsibility_according_to/
Lot of people, unforgiving.
Though perhaps such is due to degrees.
Time between memory loss,
Amount the person has changed.
Recalls me to a number of manga,
Which have some hero with memory loss, and in past they used to be bad guy,
But in story they're nice guy.
Makes me think of Total Recall (1990) Schwarzenegger,
'Memory.
. . .
How much does something need to change,
Before it is no longer identified as what it was?
Or until a person can be forgiven?
0
#659
Polytheist-Witch

Which comments are you referring to? This thread is 27pages long.

First page. Badger has shared with us that he is well endowed.
0
#661
badger 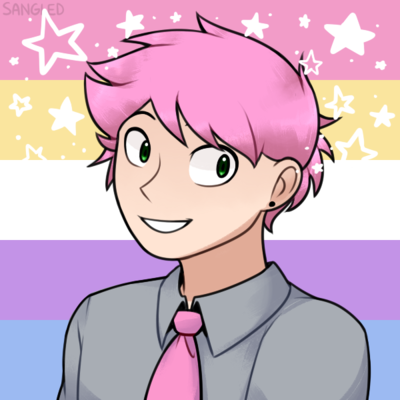 Lemming
01.25.23 09:11PM
4
3
10
Added 01.25.23 09:11PM
Well this is disappointing, though not unexpected.
My 2nd brother got out of jail recently,
Had spoken while in there, that he wants to get off drugs,
First time he's said that.
So my mother, eldest brother, and I, offered him a place to live, if he did not use drugs, and would piss in a cup.
Went alright for about a week,
Though the effects of past drug use are still upon him,
Influencing his ideas, mannerisms, as he presumably did no drugs in jail for a while,
But 'years of use and their effect. . .
Still he did not use any drugs for a week while with us.
His teeth are a wreck from drug use,
One of the ways we've been trying to help, is set him up with a dentist,
But it's a long wait, antibiotics he has now,
But extraction, dentures, a time away.
But this morning I am awoken by my eldest brother,
He and my mother had found my 2nd brother on the couch, seemingly in pain, making noises,
They found an aerosol of Dr Clean,
When they called the number on the can, my brother became upset, violent, threatening, thought they were calling the cops,
Stated a desire to punch my eldest brother in the face, threatened with a golf club, broke a shelf, then broke the club,
Left the house when they began calling the cops.
34 degrees outside,
It's six in the morning, he's not come back yet.
. . .
And now he has come back,
Angry, demanding to be let in,
Saying it is our fault for calling the police,
Saying he is honest, straightforward, has done nothing wrong,
First demands all his stuff so he can just go before the police arrive again,
Then as we are packing his stuff, he, still outside, keeps demanding what he did wrong,
Eventually my mother and eldest brother decide on getting him a motel, for a day or two,
Reasoning it will give all more time to think, cool down, though they expect
I'll pay a third towards the price,
And there he is, for a day or two, looks like.
. . .
Three options have been decided upon, by my mother, eldest brother and I.
One
He can admit his fault, in using, in destruction, in threatening, go to weekly therapy,
And we'll try again.
Two,
He goes to rehab, and we're willing to let him stay with us, try again, under the same conditions as option one.
Three,
We'll drive him and his stuff back to our hometown, where he lived before coming to our house,
We'll buy him a tent, and keep trying to help him, but from a distance,
Though still, if he just goes to rehab, therapy, we'll try again.
0
#666
sadolite

sadolite
01.25.23 10:23PM
3
2
4
Added 01.25.23 10:23PM
--> @Lemming
There's a guy where I work that has the same problem with his son. Drug use. One of two things will happen in the future.  Your brother will clean up his act and quit using drugs or he will either die, be killed, or spend the rest of his life in jail for killing someone else.  You cant help someone who doesn't want help, they will suck the life out of you and take you down with them. You tell him to quit using drugs or don't ever show his face again.
1
#667
Lemming

Lemming
01.26.23 08:07PM
4
3
10
Added 01.26.23 08:07PM
I suppose for people being depressed by bad memories,
It'd be a help to keep in mind their good memories,
Worthy actions, deeds,
Moments of happiness, joy in life,
Easy they are forgotten at times,
Blending in, little notice taken for granted,
Whilst the bad come as a threat,
Demand brain space and attention.
. . .
Though I've spoken of it before,
I like reminding myself of it,
A coworker once gave me a smoky black quartz as a gift,
I think of it as amusing, and thought provoking,
My coworker said it would keep bad luck away, or attract it away from me into the crystal or something,
But the idea of bad situations being my own doing, was a fun thought,
Not 'quite true of course,
Bad and chances comes as it comes,
Argument 'against that being Stoicism,
How 'we respond, 'choose to feel,
Certainly there 'is a degree of control we have,
Should we keep our mindfulness up,
A degree of influence chosen 'perspectives have,
In enduring.
. . .
I recall an atheist once,
Working through Alcohol Anonymous's steps,
Got stuck up on the Deity part,
All I could encourage was he take his dreams, goals, people he loved, as his Deity,
His 'reason, utmost value.
. . .
I find that I hate evil fiction myself,
Tales of suffering, woe, humiliation, dehumanization, outside the norm, destruction, break of character, home, people, and right,
It. . .Fills me with an outrage,
Silly perhaps, fiction,
But fiction is oft meant 'to draw one in, give a 'view, a lie true illusion,
I don't think it's right to be materialized into print,
I don't think it's right to be materialized within people's minds.
Heh, thought police.
But I hardly think this unordinary of me.
And yet,
It's one of the causes of terror within me,
As a Nihilist, a Materialist, Atheist,
Seeing no safety net,
And 'anything possible, never safety, never justice, ahhh it's one of those days for me, seems,
Where I get a slight mood from some evil bit of fiction,
But why don't I just stop reading it, alas.
. . .
The Christian at least, can believe in some salvation after,
That one need not be rewarded on Earth,
But in a general sense of game theory,
No, rather rewarded by Truth, by a Righteous Life, in. . . as I said, salvation,
'Meaning, purpose, unending to endure.
Well, some theists. . .
. . .
Nor can I salve myself with rage and action against fiction's villains,
Besides their nonexistence,
Hatred 'itself, I view as a wrong,
Due to an ideal of 'saving/converting others. rather than destroying them,
Believing that people are never 'without good,
Though where came this belief in me?
It's not in my 'realistic view,
Rather I believe in nothing,
Yet 'yearn for something,
The mutability and lack of solid disorients me.
. . .
Ahh, it's one of those days,
But pass on, pass on,
So the ring says,
So memory, experience, endure  till death, doing one's best,
Well, maybe not best, but hanging in.
0
#670
Mharman

WyIted
01.28.23 02:28AM
3
4
7
Added 01.28.23 02:28AM
My dad may have been an abusive, alcoholic piece of shit, but he was also incredibly smart.
I remember one time he punished me by making me solve a crime. The Susan Smith case had just went into the news. I worked that case for like 12 hours a day.
Like 7 days after I was working on it, he comes to me and asks
"Boy you solve that case yet"
I respond
"I mean it sounds like some random black guys kidnapped her kids"
He responds to me
"That's what you get from 12 hours of work a day, are you some kind of retard?"
I stayed silent so he wouldn't punch me.
"She obviously killed her own kids, get your shit together"
Of course a few days later the country was shocked to find out Susan Smith murdered her own children and just tried to make up some bullshit kidnapping story.
0