ILikePie5
07.20.21 01:43PM
3
5
10
Added 07.20.21 01:43PM
Lynched DP1:
Badger - Battle of Carrhae - Marcus Licinius Crassus was the richest man in Rome and a triumvir along with Gaius Julius Caesar and Gnaeus Pompeius Magnus. However, he had never seen glory in the military, with one of his biggest accomplishments overthrown by Pompey because the latter took credit. As such he decided to take non-Senate approved legions to take the riches of Parthia who had long been a thorn in the side of Romans. When they say money doesn’t buy everything, it definitely was true for Crassus. Rather than going through Armenia, a friend of Rome, Crassus decided to go through the deserts of Mesopotamia. He reached flat ground where the Parthian horse archers had superiority against the legionnaires who had the burden of their armor and weapons. As such, the Parthian peppered the Romans with arrows all day. When the Romans formed a testudo, Parthian cataphracts would crash into the Romans causing even more losses. The Roman army simply could not move with horse archers surrounding the square box Crassus had formed. Crassus and his son were killed, and Caesar was assassinated days before leaving for Parthia to avenge Crassus. You are the 2x Roleblocker. Each night you may select a player. You will learn who, if anyone, visited your target. You win with the Mafia.
Died NP1:
None
—————————————
Attention: Drlebronski cannot vote today nor can he be lynched
Remaining Players:
1. Drlebronski
2. Whiteflame
3. Wylted
4. Oromagi
5. Greyparrot
6. Earth
7. Lunatic
8. SupaDudz
9. MisterChris
10. Polygot
The DP will end in 48 hours on Thursday July 22nd, 2021 at 9:00 AM CST.
0
Topic's author
#2
ILikePie5

whiteflame
07.20.21 02:21PM
4
5
10
Added 07.20.21 02:21PM
Well, that was fun. Don’t think Badger could have telegraphed that he was scum any better than he did in the end, pretty obvious behavioral tells. And yeah, that appears to confirm GP’s role claim. Interesting that there was no NK, must have some protective roles in the mix.
2
#6
Lunatic

whiteflame
07.20.21 04:05PM
4
5
10
Added 07.20.21 04:05PM
While I'm loathe to base my reads solely on who was and wasn't on the lynch (I've been burned by more than a few instances of bussing), I do think there's some value in mapping out how the lynch proceeded.
Town
GP - while his role being confirmed doesn't necessarily make him town, I would be hard-pressed to find some reason why he'd play things out this way if he was scum. Based on my previous experience on a scum team with him, he doesn't tend to hesitate when it comes to voting to lynch his partner if it will lend him some cred. That actually makes the fact that he wasn't on the lynch more of a town tell to me.
Luna - obviously led the way on this lynch. Have a very hard time believing he'd go through all that, especially considering how long it took to get the lynch, if he was his scum partner.
MisterChris - Got on the lynch well before I did and didn't peel off. That might be because he was absent for a good portion of the DP, but I doubt he'd do this as scum.
Town-lean
SupaDudz - didn't get into the DP until pretty late in when there was already a pretty decent head of steam behind the lynch. His reading of what happened up to the point of his vote was also a little limited, since he said to wait for a claim that Badger had been rather belligerent about not providing. Still, the conduct strikes me as town, especially given that he wasn't wholly on board with the reasoning surrounding the lynch.
Neutral
Wylted - executing the lynch himself is the only reason that Wylted is in the neutral category for me. The fact that he kept oscillating on who he should target and seemed somewhat cowed (at least initially) by Badger's response to his first vote to lynch him doesn't fit the pattern of behavior I've seen from him before. Behaviorally, I'd put him in the scum-leaning category, and his claim didn't help his case.
Earth - just not a lot to work with here. I usually find Earth difficult to read for this same reason, and I'd like to see more from him this DP to get a better feel, especially given the general lack of voting in DP1.
Polyglot - again, just not a lot to work with in the previous DP. Voted to lynch Earth for activity and never left off even after Earth started posting. Like to see more from him as well.
At least for now, I'd like to get a claim from one of these two. Badger did claim to FoS Chris, Earth and Wylted in the end, with some earlier mention of Poly slipping off his list for no apparent reason, so I'll VTL Poly for a claim.
Scum-lean
Drlebronski - I can't decide whether much of his behavior results from him being new to this or him being scum, but he seems to be voting all over the place with limited or no reasoning. The fact that he was on the lynch in the end, especially with the lack of certainty that the lynch would go through, doesn't reduce my suspicions much.
0
#15
oromagi

->@oromagi
What do you think about that Oro?

That helps.
There's two battles not on my short list but I think I have TUF's soft claim and I feel like Chris gets town cred from Badger's many fos.  So I'm going to correlate Carrhae with the the shortlist.
0
#23
Polyglot 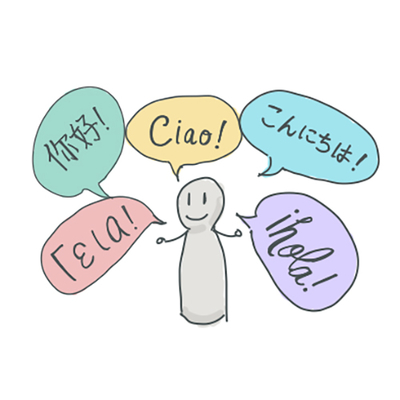 Polyglot
07.20.21 04:53PM
0
0
5
Added 07.20.21 04:53PM
I feel as though badger initially added chris to his list of suspects just to make Chris  appear less scummy in the event that he was lynched. Badger pushed for Chris to give info in the beginning of the first day phase but it wasn’t such strong pressure like his other suspects. In fact, badger kept pushing for me to get lynched in most of his posts. Nearing the end of DP1 I feel as though Badger put his last vote on Chris as a means to make him seem innocent. So I’m curious to hear what Chris has to say about all of this.
VTL Chris
0
#24
Polyglot

whiteflame
07.20.21 04:56PM
4
5
10
Added 07.20.21 04:56PM
Still trying to get a feel for the theme split. Carrhae does stand out as a major loss for the Roman Empire to another empire. The split could be between major losses and other Roman conflicts, as the rest of the ones I've seen have been either Roman victories or the result of internal conflict. Could be reading into these wrong, but that's what I'm getting so far
0