Evolution Has No Evidence

For this debate I am going to copy a tactic from omar2345, I hope he doesn't mind. "I am going to waive the first round and Pro would have to wave the final round." I also do not want sources to be used. You can look at sources in private, but in the actual debate no sources can be posted. If Con gives evidence that cannot be refuted then they win.

Dr.Franklin
08.31.19 12:51AM
Con
#2
Resolved:Evolution Has No Evidence
Tables of Contents
Introduction
I would like to thank GeneralGrant for starting this debate. I hope we can have a good discussion on Evolution. This debate allows no sources in the debate text. I agree and Pro must follow the same protocol.
Premise
I will be arguing for the conclusive evidence of evolution, my opponent will debunk it in the coming rounds.I will defend my points. No sources and no microevolution.Macro only.
What Is Evolution?

Google defines evolution by:”the process by which different kinds of living organisms are thought to have developed and diversified from earlier forms during the history of the earth.” This can happen in natural selection and dna mutations for organisms to evolutionize.Then, Speciation is when an organism becomes so different from changes it becomes a different species. Charles Darwin first brought up his theory of evolution in the book-”The Origin of Species”. Since then Evolution has been the most accepted theory of how life came to be on Earth. Young Earth creationists has been trying to derail the theory ever since it came to be popular. In fact, 67 national science administrations of science including the U.S has recognized Evolution as fact.
Arguments
1.Fossils and Organism remains
Fossil Record>A fossil is the remains of a living organism. Over time the fossils can leave patterns of evolution through time. By various dating methods, mostly by radioactive dating,we can make a pattern of evolution and date fossils. For example, the Basilosaurid Whales are an animal that lived 34 to 40 million years ago. This species is intermediate because the snout of the animal is in the middle of it’s skull/head. However, mammals such as coyotes and wolves have it at the end of their skull while whales have it at the end of their skull. Another example is the Maiacetus Inuus. This animal lived close to 50 million years ago and was a walking whale.He had similar characteristics as whales but had legs so he can walk on the ocean floor. Barely swim. Scientists have discovered more links that connect whales today to land animals thousands of years ago.This is a clear indication that Evolution happened.
Vestigial Structures>Another piece of evidence from fossils and body structures of organisms are Vestigial Structures.These bones have no purpose in organisms anymore but used too. Whales have a small leg-like fin that is useless now but served as legs for ancestors millions of years ago.
2.Comparative Anatomy
DNA>DNA molecules are special instructions for organisms. Scientists can compare DNA between organisms to see how similar they are and how they evolutionized. Let’s take whales again. A whale is a sea creature but Evolution has taught that it has evolved from land animals. This is true because the DNA of a whale matches most closely with a Rhino/Hippopotamus!A land animal that loves water. This shows that DNA can be traced back to ancestors. When closely examined, the whale and hippo have the same bone structure. Humans share 96% of their DNA with chimpanzees. We share a common ancestor through DNA.
Analogous and Homologous Structures>An example is the pentadactyl limb structure in vertebrates, whereby many animals show a common bone composition, despite the limb being used for different forms of locomotion (e.g. whale fin for swimming, bat wing for flying, human hand for manipulating tools, horse hoof for galloping, etc.). The more similar the structures are, the more related they are. Analogous structures are a part of the body that seems familiar with other organisms but serve different purposes. For example, a shark uses a fin, a penguin is a bird so it grew a wing, a whale is a mammal so it has a flipper that acts like a leg swimming. Organisms built these features over time to fit their needs through speciation and shows evolution in full show.
Embryos>Embryo development is the same for whales with land animals like Bats. Why is this so? Clearly whales and bats evolved from 4 legged ancestors then.
3.Biogeography
Geography>Hawaii is the most isolated region of America. Species are different because they have adapted to their landscape only, being cut off. Like the Hawaiian Hoary Bat, compared to normal bats. What’s more interesting is that since these bats got to Hawaii because of Continental drift, Without evolution, there would be normal bats but they are special bats adapted to Hawaii only which proves Evolution along with Darwin’s finches.
4.Happening now
Microevolution proves Macroevolution>The problem of Microevolution is that apparently since humans came to be since 6000 to 10,000 years ago. Since then we have seen Humans grow taller, some bacteria become immune to antibiotics, And for human evolution, modern medicine is affecting our bodies. Microevolution is a fact. But here’s the thing. Why not believe macroevolution. I mean we know that the world is around 4.5 Billion facts from multiple pieces of evidence. Continental Drift and Radioactive Dating just to name a few examples. Why not believe Evolution on a large scale. Evolution is happening now and over time modern humans now,us Homo Sapiens will not be around. Answer this question-Why not believe in old large scale evolution if the Earth is old?
Conclusion
I have proved evolution is true through 3 undeniable pieces of evidence. Look forward to Pro’s reply.
Sources
No sources posted as agreed upon.
Round 2

ostrich head in sand, that come to mind, simple case of denialism here

Lier, I claimed Evolution was made by God because the change of it happening on it's own is too much 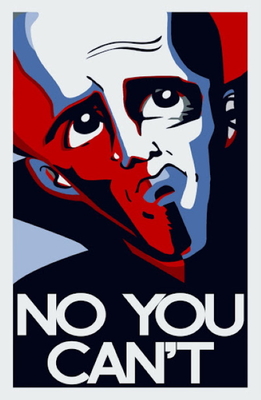 You were the same person on debate.org who said multiple times there was no evidence for evolution, so this seems a tad ironic no?

Thank you and welcome to DART

Hmm... Franklin, it does seem to me that you've wasted your time on this one. Very sorry to hear. But you did in fact provide an interesting read. Well done!

i mean you litarealy lhav to be blind or retarded no to see the mountain of evidence.

the evidence is overwhelming

Through ***4*** undeniable pieces of evidence

Sorry Im taking a while, School will be over soon

Thank you for stating my name correctly (omar2345).

Evolution, just clearing something up :), look forward to the debate

Yeah, I know about the day gap theory, but are we debating that or evolution?

I'm talking about a theory for the Bible and creation, day gap with evolution is one of them

No, evolution,I'm sticking to the topic

So, are you going to get into full evidence for evolution or just the Day Gap theory?

Yes, I am a Christian but I'm experimenting with ideas like Day Gap

Ok, thanks for clearing microevolution, that was going to be my first argument!

I also want to say that when I say evolution, I mean that which is taught is school. I agree with microevolution, however, but not macroevolution.

Hi!, I will be debating you today

Tough decision, but I have to give it to the guy who actually wrote something.

Dr.Franklin has giving evidence on why evolution is true, while GeneralGrant didn't respond to those evidence.