Disclaimer : Regardless of the setup for voting win or lose, The aim of this interaction, Is for those that view it, Learn and or take away anything that will amount to any constructive value ultimately. So that counts as anything that'll cause one to reconsider an idea, Understand a subject better, Help build a greater wealth of knowledge getting closer to truth. When either of us has accomplished that with any individual here, That's who the victor of the debate becomes.
Please attempt to provide practical, Repeatable examples that present the non- existence of God.
I will attempt to show invalidation and inconsistency.
For clarity or questions, Please comment or send a message prior to accepting the debate.

Crocodile
07.22.20 02:09PM
Pro
#2
Thanks Mall, I hope we can have a nice discussion.
I think the resolution makes me must prove that a God does not exist. All I must do is provide one example of God's non-existence.
Let's start with the obvious question:
What is God?
"the creator and ruler of the universe and source of all moral authority; the supreme being."
Of course this man doesn't exist. The creator of the universe isn't god.
Scientists have proved that the Big Bang was the start of the universe. God couldn't have created the universe because atoms and molecules and time wasn't created before the big bang. Nothing existed.
Therefore, God didn't exist.
Round 2

Mall
07.24.20 10:12AM
Con
#3
"Scientists have proved that the Big Bang was the start of the universe. God couldn't have created the universe because atoms and molecules and time wasn't created before the big bang. Nothing existed.
Therefore, God didn't exist."
How did the scientists prove it?
Did they just tell you and you believed it?
Let's just go with "nothing" existing. How do you know for sure there wasn't anything BEFORE "nothing"?
Was that "proven" to you as well? Do you have EMPIRICAL references?
Do you think your brain can interpret anything outside of what it operates by, that is the laws of nature and biology?
You're fooling yourself if this is the best you can do. The big bang theory, not fact but theory is what it is because we do not know all things. We don't know how everything works at all times or how they worked throughout time.
To you it probably seems so logical and simple to conclude that nothing existed so that means a creator as well. How was it PROVEN that a Creator of everything has to be made up of atoms and molecules? You stated nothing existed , that includes a creator, does it not?
Wasn't it scientifically concluded that matter is not created nor destroyed?
Even better than that last point, here's a simple and pretty logical question.
Do you think a supreme being as you mentioned has anything to do with requiring time in order to create it BEFORE IT EXISTED?

Mall
07.28.20 09:46AM
Con
#5
I can understand that there's no rebuttal. I strongly believe there truly isn't one.
God has been falsified and yet there is religion all over the place. Why?
So many questions can be raised. One after another and why? Why is there an endless amount? We're looking for an answer that is most likely not possible to reach at least in this realm.
We can ask but so many questions as our minds are limited to this dimension. A reality of natural laws and physics. Logical conclusions and hypotheses is what we understand.
How can we go outside of that in attempt to apply it to where we couldn't fathom a basis for?
We try it because what else do you expect our brains to do? It's like a reflex knowing you can't breathe under water but the body will inhale as a natural mechanism.
How can we understand what was before what was? An everlasting past of non-existence or nothing or whatever it was before that, how does the mind interpret that? Deductive reasoning only takes us but so far. We do this in hopes of some closure. But it doesn't solve the equation. We're left with an open ended question some where.

Mall
08.02.20 03:47PM
Con
#7
To prove God doesn't exist would have to call for an ability to transcend time and space.
How do you expect to disprove a supernatural subject via natural methods? You expect it to be all futile. A person would need the wherewithal, the means that would give them the power to observe things the natural eye wasn't designed to see.
Due to the subject being beyond our understanding, beyond what our senses can interpret, what scientific method can be used to give us an EMPIRICAL conclusion about something that can't be explained by or restricted to the laws of science?
This is pretty much the trap you fall into when you attempt to take on this challenge. Unlike many things that are still bound inside the laws of nature and physics, something that's outside of that can't be verified in the same fashion. Why? Different rules apply. To properly correspond with verification of a thing, you'll need the correct criteria.
See if the law of gravity is different in space or on any other planet than earth, we can't attempt to interpret the weight of an object the same way we do here on Earth.
The law of causality, if it didn't always exist, we can't apply it to a situation that occurred where this law didn't exist because it didn't exist yet. So it would be rather difficult to try to understand this thing logically. But we struggle and fail trying to do so. Our deductive reasoning and logic we start with will reach its end. We can only go as far as our minds can interpret of time and history.
So currently we neither have the physiological, cognitive  reach or omniscient capacity to solve this challenge.

The focus is truth and education, not preferences .

I know that what you are saying could be correct, but for the sake of it, please have better formatting.

Maybe one day, it'll be a fact. Keep the faith my people. 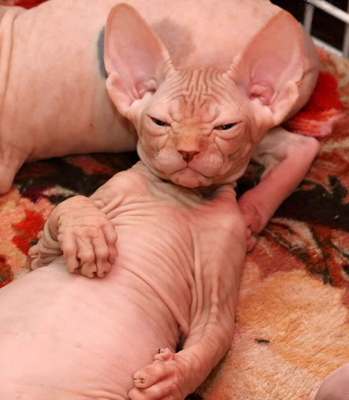 they call it the big bang THEORY

don't copy-paste definitions and not link the URL to give the dictionary credit.

I don't want to walk into anything expecting a loss, so unless Mall confirms it I still won't accept this.

Technically you would be offering proof of said God (capital G, so probably of the Christian variety) not existing.

I am guessing this is a frustration debate following a recent case of exist being a subjective word.

What God are you talking about? I can disprove certain gods.

I am thinking about taking this one.

Poor conduct from Pro, who forfeited three fourths of the rounds.

No sources on either side.

Both cases are readable, though I am personally inclined to Pro's explicit use of language, which leaves little room for misunderstandings.

pro forfeited the majority of the debate

ThAt Is PoOr CoNdUcT!!!

Full Forfeit. barely a coherent debate. It is one-sided.