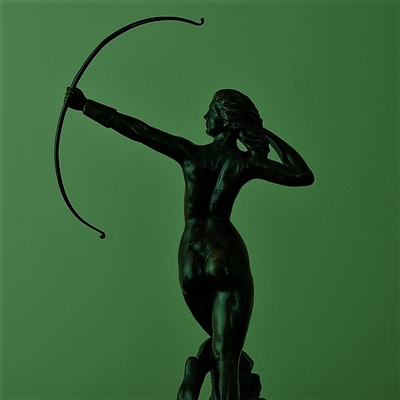 LGBT Community Should Have the Same Adoption Rights as Non-LGBT

Participant that receives the most points from the voters is declared a winner.

The voting will end in:

Conservallectual
04.25.22 08:50PM
Con
#2
All of these points have information that comes from the links.
1. Let me first ask you a question, which parent is important?the father or the mother? If you can’t answer, well that’s why both parents are important and why same sex couples should not adopt kids. A reason why gay adoption is wrong is that it will deprive the child of the opposite sex parent. All kids should have the right to a mother and father, the homosexual “family” deprives the child of such rights.
2. Children of same sex parents may get bullied in schools because of their “parents”. Bullying  can eventually lead to depression and suicide. You may say “well train kids to be respectful” but humans do not work like that, no amount of sensitivity training will deprive people of prejudice.
3. Also studies show that most gays are very promiscuous, so a child will have to face many, many break ups and divorces(which can lead to emotional problems).
4. The “stable loving gay couple” is as real as unicorns. Most gays as I said above are promiscuous. Also gays tend to higher instances of violent behavior. Contrary to popular belief, gay “love” isn’t love at all, it is mostly just two lustful individual who only care about their carnal worth and how much of an “ideal partner” they are.
5. Since homos have more chances of committing domestic violence, children who are of gay couples are more likely to be hurt by their “parents”.
6. Most of the studies that show no difference between same sex “parenting” and real heterosexual parenting have a large amount of problems such as strong bias, social desirability bias, positive reporting bias, etc. Authoritative controlled experiments show that differences between same sex and real heterosexual parenting are more than noticeable.
Make sure to read all these links completely.
https://www.hindawi.com/journals/drt/2016/2410392/
https://www.conservapedia.com/Homosexual_Couples_and_Domestic_Violence
https://www.conservapedia.com/Homosexuality_and_Murders
https://www.dijg.de/english/ten-reasons-against-adoption-rights-for-homosexual-couples/
https://www.brnow.org/news/New-research-shows-increased-risks-of-same-sex-par/
https://www.dailywire.com/news/study-same-sex-parenting-hurts-kids-more-we-james-barrett
https://www.lifesitenews.com/news/sociologist-evidence-shows-homosexual-parenting-harms-children/
https://www.christianheadlines.com/blog/new-research-shows-increased-risks-of-same-sex-parenting.html#:~:text=Sullins’%20latest%20article%20joins%20other%20research%2C%20most%20notably,harms%2C%20including%20emotional%20problems%2C%20depression%2C%20and%20sexual%20abuse.
Round 2

Conservallectual
04.28.22 02:55AM
Con
#4
The well being of a child is more important than the "rights" of homosexual adults who don't know what raising kids is like. Childhood is a sacred moment were you learn and know the world, it should not be desecrated by gays like marriage has been. Sending a child to live with 2 promiscuous men who only care for themselves is a form of child abuse. The idea of the "stable, loving gay couple" is a myth, gays do not often have stable loving relationships, as I have said before, gays are very promiscuous, and their relationships usually last a few years. The nuclear family was ordained by God to help the child develop into a confident, strong, smart, and healthy adult. Real parents know they have a duty to their kids, homosexuals don't care and only want more "rights".
Why this is a debated issue, but I think it is no debate that kids have the right to 1 mom and 1 dad.
Round 3

Conservallectual
04.30.22 02:01PM
Con
#6
So yes I have already stated before that the right of a child having both a mom and dad is more important than any gay "right" to adopt. One's happiness should not cost another's wellbeing.

Alright Aowdd, I'm sorry if I forfeited the last time, it was just that I was very busy. But right now I promise to give my best arguments possible.