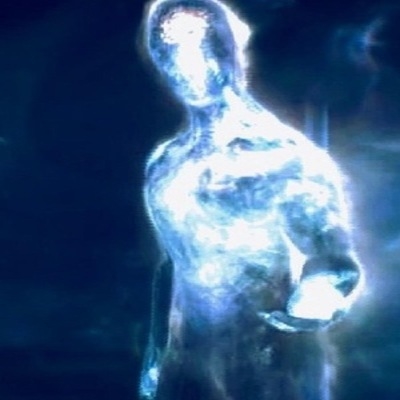 Theweakeredge
08.24.22 03:07PM
4
7
10
Added 08.24.22 03:07PM
--> @Ehyeh
Im willing to learn - from experts and people who aren't gonna' do devil's advocates position. Have you considered your the arrogant one for assuming you have something to teach? Do you think because i haven't heard an argument in one debate server I've never heard it before? You reek of condescension.
0
Topic's author
#203
Theweakeredge

"Have you considered your the arrogant one for assuming you have something to teach? Do you think because i haven't heard an argument in one debate server I've never heard it before? "

I never claimed to have anything to teach, I simply posited that I can assure you these are going to be things you haven't considered within the domain of the transgender debate. Whether it is me, bones, or someone else, you will one day lose on the topic. Although I would be very surprised if you have been exposed to the arguments I will use against you, I couldn't fathom how you could still so strongly believe in transgenderism if they had been brought to your attention. Enlighten me!
-
Considering the fact you would rather debate an expert (appeal to authority), my arguments will be inspired by someone far more knowledgeable than me within the domains of gender.

Devils advocate? Although I cannot say that transgender people are not the gender they identify with (there may be arguments I haven't considered), it is quite unlikely they are. Wouldn't it be satisfying to prove this condescending individual wrong? I know I would find it that way. You can do it. Take the debate. It's a win-win for you. I'm a 20% win rate debater, you see. You get to prove a condescending fool wrong while enlightening others and proving the truth of the transgender ideology to those who may not have previously agreed. Isn't that worthwhile? I'm a clown, you beat me any day of the week.
-
If you refuse to debate the topic and disdain those that do so because "it hurts people," then you're just a holy person. You're no different than the religious. You decide to have faith in a position so as to feel comfort. I think you arguing for determinism hurts people (studies prove it) yet that doesn't mean i think it shouldn't be debated.
0
Topic's author
#205
Theweakeredge

Bones
08.24.22 11:46PM
3
7
8
Added 08.24.22 11:46PM
--> @Theweakeredge
I don't think it's a "basic fact" that transgender individual are the gender which they identify. I'm curious as to which particular view you are referring to which have hurt people to an extreme degree because obviously, that is not my intention when I debate, I try to pursue truth.
Also, that's fine that you don't want to debate.
1
#207
Ehyeh

Parents should decide what their children needs to know outside of the basic school curriculum.
Parents know more about their child’s sexual orientation and cultural background.
Teaching children about past mistakes as history does only develops preconceptions about the past. Children need to be taught how to deal with their future which they are responsible for.
1
#209
TWS1405

TWS1405
09.04.22 01:30AM
3
4
7
Added 09.04.22 01:30AM
Gender Identity Disorder should have remained just that, a disorder and clearly classified as a mental one at that.
The liberal left has destroyed the integrity of the sciences with wishful thinking premised upon individual subjectively based emotive findings that have no relevance across the mass spectrum of homo sapiens.
Those suffering from GID have been less than 0.05% of the population for a reason, it is abnormal to the procreative evolutionary basis of homo sapiens.
None of it, any of it, should ever be taught let alone tolerated amongst adults peddling (i.e., grooming) that crap to children. It's pure child abuse. Period. Fact. Period.
1

zedvictor4
01.09.23 12:01PM
3
3
4
Added 01.09.23 12:01PM
--> @IlDiavolo
Trouble is, parents are just as likely as anyone else to abuse their offspring's brain with misinformation.
In fact, modern humanity is founded upon a great deal of misinformation.
Though the truth will out in the end.....One assumes.
And conservative righties are just as likely to have wet dreams, given all that pent up sexuality.
And the wider society always interferes in the teaching of children. T'would be anarchy otherwise Mr Diavolo.
0
#213
IlDiavolo

IlDiavolo
01.09.23 02:45PM
1
1
5
Added 01.09.23 02:45PM
--> @zedvictor4
Jewish parents send their children to jewish schools to learn jewish things so they have jewish lives. Is it brainwsshing for you? No, it's the way it is. People raise their children according to their beliefs, there is nothing wrong about that.
And I am obviously remarking the fact that LGTBQZYHGDTI...+ movement is as much a belief as any other religion. Schools should teach facts, parents should teach morality, their morality.
0
#214
IlDiavolo

zedvictor4
01.09.23 09:32PM
3
3
4
Added 01.09.23 09:32PM
--> @IlDiavolo
And Muslim parents send their children to Muslim schools etc.
And we end up with a divided World.
Currently no real solution, so just best to keep ones head down.
And I would suggest that attempting to re-educate adults is a tall order.
Established data will always tend to override the new.
To make a difference you need to affect brains early.
And I would further suggest that LGBTQ etc. Is a liberal ideology rather than a belief.
0
#216
IlDiavolo

And I am obviously talking about public schools which are financed with our taxes. If it's public, then they should be limited to teach facts, not beliefs. Thats why I mentioned the jewish example because when it comes to private school you can choose the one that best suits your family's mindset, not the mindset of an "iluminated" progressive lefty.
0
#217
Intelligence_06

zedvictor4
01.11.23 07:53AM
3
3
4
Added 01.11.23 07:53AM
--> @IlDiavolo
Yep a liberal ideology, as I stated.
Though in liberally progressive societies, all the information is out there and readily available for kids to absorb, so whether or not it is discussed in a School environment  becomes somewhat irrelevant anyway.
That said, perhaps it is therefore essential that such things are discussed openly and in a balanced way.
As I don't foresee any imminent reversal of current social trends.
0

YouFound_Lxam
01.24.23 06:28PM
3
3
6
Added 01.24.23 06:28PM
--> @Theweakeredge
There is no need for LGBTQ+ sex education in schools.
Sex education isn't even in elementary. And there is a biological reason for sexual education. LGBTQ+ is a belief, not base in any facts whatsoever.
Just like religions can't be taught in classes, this shouldn't be either.
If people want student led afterschool activity's like LGBTQ+ meetup, or Bible club, then that should be the only thing allowed.
0
#221
dustryder

dustryder
01.30.23 05:48AM
3
2
4
Added 01.30.23 05:48AM
--> @YouFound_Lxam
Sexual education isn't just about the mechanics of pregnancy. It's about safe sexual practices in general. Since people under the LGBTQ+ banner still have sex, presumably learning about safe sexual practices would also be beneficial to them.
Though admittedly such a topic would serve a more niche group, it's still nice to be inclusive of everybody.
0
#222
YouFound_Lxam

Sexual education isn't just about the mechanics of pregnancy. It's about safe sexual practices in general.

Usually sexual education takes place in biology class though. And there is nothing biological about having sex through the LGBTQ+ way.
The reason they teach sexual education to kids is so that the future generation knows how to reproduce, and how to do it safely. They don't teach kids to have sex for pleasure. That is what the LGBTQ+ agenda teaches.
0
#223
dustryder

Usually sexual education takes place in biology class though. And there is nothing biological about having sex through the LGBTQ+ way.

Biology simply deals with the science of living organisms. Unless it's your contention that LGBTQ+ find themselves more often than not banging stiffs, it's fundamentally no different to two animals humping.

The reason they teach sexual education to kids is so that the future generation knows how to reproduce, and how to do it safely. They don't teach kids to have sex for pleasure. That is what the LGBTQ+ agenda teaches.

The whole of school is to is to equip young people with skills and knowledge that they can use in the future. While I'm sure they aren't specifically teaching kids to have sex for pleasure, it's ultimately a fact that nearly everyone will whether straight or LGBTQ+, therefore teaching people to engage in sexual behaviour responsibly is rather valuable.

Also, all sexual education classes will include a module on safe sex with contraceptives, which seems to run contrary to your claim that such classes are there to teach how to reproduce, and supports mine that they are there to teach responsible sexual behaviour.
0