She Watched "The Craft" Movie And Became A Witch

Is a claim that is almost possible. Movies can influence you if you are a kid. However, I wouldnt go as far to call it magic or witchcraft.
0
#3
FLRW

WyIted
01.22.23 05:25PM
3
4
7
Added 01.22.23 05:25PM
Hollywood does at the very least practice something known as "lesser magic".
They could be doing it accidentally though. Also why would anyone be alone a witch because of the craft? I thought the movie was decent but nothing that would inspire me to chant random shit and light candles
0
#5
Polytheist-Witch

In fact it looked to me like it was a black female making the claim. Witch.
Stay on topic, Witch
0
Topic's author
#7
Stephen

My wife and I watch Mayfair Witches. I will look over at her and the pupil and iris of her eyes will be pure white.
People say I look like Harry Hamlin.

I watched the original Wicker Man in 1973. It was enough to put me off basket weaving for life.
0
#8
Polytheist-Witch

Witch wrote: The topic is you're a white male bigot sick fuck.

Nope. The topic is clearly about an  black ex-Witch  that realised she had been brainwashed by gobbledegook and was saved by Jesus and a more popular kind of gobbledegook.
She must have failed at here Reiki attunement  course, Witch.
The Polly-Witches course in Reiki Attunement
Major woo woo (debateart.com)
0
#10
Polytheist-Witch

The topic is you're a white male bigot sick fuck.

Polywitch. Please begin a new thread with that as a topic instead of sidetracking this thread.
0
#12
Polytheist-Witch

@Poly
Is this the comedy forum.

I was expecting much "praise Jesus"  from the Christians here for him showing a guiding hand in this Witch woman's conversion from 'the dark to the light'  and how it may have all come about, Vic lad.
I should have know that our resident Rhiannon (a famous Welsh Witch that ate her own kids, Vic ) would be first to throw abuse all over the place instead of trying to explain how this particular Witch in question became an apostate.
Rhiannon - also a Fleetwood Mac song.
0
#15
BrotherD.Thomas 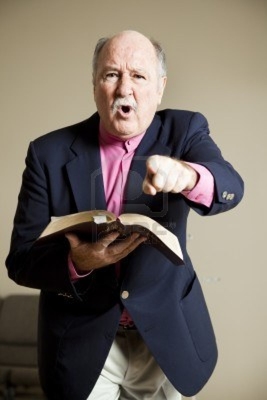 Stephen
01.24.23 05:54PM
3
2
2
Added 01.24.23 05:54PM
--> @BrotherD.Thomas
Maybe it was a case of Jesus seeing this Witch worth saving from herself or the clutches of an evil coven,Brother D?
But we cannot ignore this:
Exodus 22:18-20 King James Version
Thou shalt not suffer a witch to live.
Whosoever lieth with a beast shall surely be put to death.
He that sacrificeth unto any god, save unto the Lord only, he shall be utterly destroyed.
Micah 5:11-12 I will tear down your walls and demolish your defences. I will put an end to all witchcraft, and there will be no more fortune-tellers.
0
#17
Polytheist-Witch

Now eating my kids. You're a sick fucking pig.

Nope.  You have a terrible lack of understanding the English language, Witch.
I wrote: Rhiannon was a famous Welsh Witch that ate her own kids.  I was slightly mistaken in that it was only one of her children that she was accused of eating. I was writing from memory.
Do your homework .
It is a tale of a  dirty conniving Witch that manipulated a man to be her husband, and says of him "Never was there a man who made feebler use of his wits."
Learn Religions
Rhiannon, the Welsh Horse Goddess (learnreligions.com)

The most famous Witch in the bible was a medium.
Off you fly now, thicky.
0
#20
Polytheist-Witch

Polytheist-Witch
01.24.23 08:23PM
3
3
6
Added 01.24.23 08:23PM
The only people to ever write that the Bible is the inerrant word of God are atheists and fundamentalist Christians. Every word in the Bible is true and it's a history book. And how do we know that the atheist believes this because he's applying the same principle to some other fucking myth, and seems to be calling a goddess a witch which is absolutely fucking stupid. But it's okay all atheists are authorities on every single religion and they know everything so they must be right. Meanwhile he's talking about eating my kids and what they would look like with broomsticks between their legs, sick fuck.
0
Topic's author
#21
Stephen

Stephen
01.24.23 08:33PM
3
2
2
Added 01.24.23 08:33PM
@the Witch.
Rhiannon, also known as Great Queen and White Witch, is an inspiring character in Celtic mythology, who possesses deep magic and can manifest her desires and dreams for the good of herself and others.
Rhiannon - The Welsh Horse Goddess - Symbol Sage
Do your homework, thicko.
0
#22
Polytheist-Witch

Calling a goddess a witch is like calling Superman a god

If you say so.
But it seems that Jesus won this particular Witch I mention in the OP over to his side . How do you believe he did that, Witch?  Is the power of Jesus' magik stronger  and more powerful than those of the pagan gods or goddesses that you believe in and that came from another planet?
0
#24
Polytheist-Witch

I can honestly say that your command and understanding of English is pure shite.
That Reiki Attunement isn't serving you well at all , is it, Witch.😂
Major woo woo (debateart.com)
0