nmvarco
06.03.20 12:55AM
Pro
#3
PRO = nmvarco = DONALD TRUMP will beat JOE BIDEN in the 2020 PRESIDENTIAL ELECTION
CON = charlielikespolitics = JOE BIDEN will beat DONALD TRUMP in the 2020 PRESIDENTIAL ELECTION
THBT: DONALD TRUMP will beat JOE BIDEN in the 2020 PRESIDENTIAL ELECTION
DEFINITIONS
DONALD TRUMP [DT] “(born June 14, 1946) is the 45th and current president of the United States. Before entering politics, he was a businessman and television personality.” [1]
to BEAT [transitive verb] is “to win against; to defeat or overcome; to do better than, outdo, or excel (someone) in a particular, competitive event.” [2]
JOE BIDEN [JB] “(born November 20, 1942) is an American politician who served as the 47th vice president of the United States from 2009 to 2017 and represented Delaware in the U.S. Senate from 1973 to 2009. A member of the Democratic Party, Biden is the presumptive Democratic nominee for president in the 2020 election. He unsuccessfully sought the Democratic presidential nomination in 1988 and in 2008.” [3]
the 2020 PRESIDENTIAL ELECTION [2020 PE] “is scheduled for Tuesday, November 3, 2020. It will be the 59th quadrennial presidential election. Voters will select presidential electors who in turn will vote on December 14, 2020, to either elect a new president and vice president or reelect the incumbents Donald Trump and Mike Pence respectively. The series of presidential primary elections and caucuses are being held from February to August 2020. This nominating process is an indirect election, where voters cast ballots selecting a slate of delegates to a political party's nominating convention, who then in turn elect their party's nominees for president and vice president. The election will occur simultaneously alongside elections for the House of Representatives, Senate, and various state and local-level elections.
Donald Trump, the 45th and incumbent president, has launched a re-election campaign for the Republican primaries; several state Republican Party organizations have cancelled their primaries in a show of support for his candidacy. Trump became the presumptive Republican nominee on March 17, 2020, after securing a majority of pledged delegates. 29 major candidates launched campaigns for the Democratic nomination, which became the largest field of candidates for any political party in the post-reform period of American politics. Former Vice President Joe Biden became the presumptive Democratic nominee when Senator Bernie Sanders, the last other major candidate in the Democratic primary, suspended his campaign on April 8, 2020. The winner of the 2020 presidential election is scheduled to be inaugurated on January 20, 2021.
Biden and Trump are respectively the oldest and second-oldest major party presumptive nominees in U.S. history; and if Biden is elected and inaugurated, he will also become the oldest serving president. Biden is the first former vice president to become the presumptive nominee of any major political parties in the United States since 1984, in which the Democratic Party nominated former Vice President Walter Mondale.” [4]
OPENING STATEMENTS
PRO thanks CON for accepting this debate. PRO’s interpretation of his own thesis makes it clear that the BURDEN of PROOF is SHARED.
ARG 1.1: DT IS MORE LIKELY TO WIN THE ELECTION THAN JB
ADDENDUM
SOURCES
[1] https://en.wikipedia.org/wiki/Donald_Trump
[2] https://en.wiktionary.org/wiki/beat#Verb
[3] https://en.wikipedia.org/wiki/Joe_Biden
[4] https://en.wikipedia.org/wiki/2020_United_States_presidential_election
[5] https://www.realclearpolitics.com/epolls/2020/president/us/general_election_trump_vs_biden-6247.html#polls
[6] https://elections.huffingtonpost.com/pollster/2016-general-election-trump-vs-clinton
[7] https://www.usnews.com/opinion/op-ed/articles/2016-11-10/why-the-polls-got-donald-trumps-2016-win-wrong
[8] https://en.wikipedia.org/wiki/Howard_Dean

Some case vs none, makes pro the correct winner no matter the real world outcome.

this has aged well 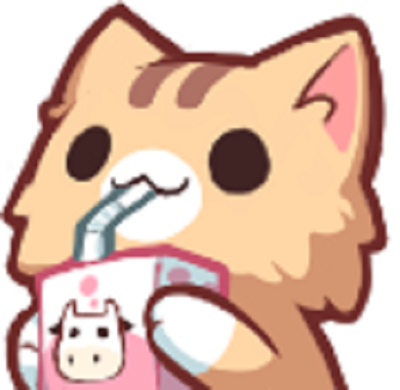 LoL is that javascript?

nmvarco mimics successful debaters, he got the beginning from my old debates (the person = side = stated position)

Believe what you wish to believe.

I am starting to believe you are an alt of Oro since you debate so much like him.

Only Pro kept a good record of conduct, argument, and sources.