On Balance Voting Should be Compulsory in US

The punishment for not voting is merely a small fine. Voters may submit a ballot with "null vote" to make it clear they are unwilling to vote any of the candidates.

seldiora
10.23.20 02:53AM
Pro
#1
It is well known that Democracy is all about representation and the people, however, the idea is that the "majority of people voting power" simply doesn't work in current ideals. In no presidential election have we even managed to get half the people to vote. As such, even "landslide victories" are dubious as the majority of people simply didn't vote. This contradicts the very idea of democracy, if half the people sit there doing nothing. It becomes unclear if they merely cannot make a decision, do not care, don't know about voting rights, or some other reason.
It is evident that compulsory voting laws can and will increase voting turnout.  "Self governance", being a core of American culture, encourages people to exercise the right, with the encouragement of law. And political campaigns may now reflect the general population, instead of merely trying to appeal to those willing to exert the effort to vote. A lot of voters tend to abstain due to lack of interest as mentioned, but the idea that people now have to choose between "null vote" and some candidate encourages the people running to actually try to note substantial impact, close to the people's hearts.
Many say that people cannot be forced to vote against their will. However, many rights are crucial and can be imposed upon for good reason. For example, Singer VS US, Supreme Court had said "“[t]he ability to waive a constitutional right doesnot ordinarily carry with it the right to insist upon the opposite of thatright". Similar to levying taxes and calling men to draft, both of which have people contributing to a common cause. There must be some amount of people satisfactorily voting in order to carry out the ideals of democracy. To meet this demand, the imposing of "vote or be penalized" is necessary and had backing.
This also does not violate first amendment, because now it is known who is truly "silent" rather than too lazy to speak. By turning in the abstain/blank ballot, we can turn to the real issues and challenge the presidents, seeing if they are truly significantly introducing policies that relate to the people. A good comparison is to the jury system, which must cast a vote, but exceptions can and will be made.  For example, conscientious objector exemption from jury duty would be asimilar exception for compulsory voting"
The congress has the power to pass such a law into place. By encouraging more people to vote, we can get the presidents or congressman that the people truly desire. And in special circumstances when those are struggling to decide, they do not have to make a choice. So all the problems are solved. I await con's argument.

seldiora
10.25.20 02:46AM
Pro
#3
As we get more people to vote, the representation of the people is stronger. This is one of the core ideals of democracy. All arguments extended.

RationalMadman
10.27.20 02:45AM
Con
#4
Why has Pro had to make the 'abstain' option available? Is it worth it?
Elections cost massively, even in smaller nations.

In 2016, the US elections cost an estimated $6.5bn. BBC Reality Check breaks down who paid for it and looks at how much 2020 might cost.

https://www.opensecrets.org/elections-overview/cost-of-election?cycle=2020&display=T&infl=N
This cost will undeniably go up in a compulsory voting scenario. There's far more votes to count (using the 'low turnout' point against Pro). You are essentially forcing people who were content not voting and wasting vote-counters' time to vote. Administration costs aside, the dynamics of campaigning will now revolve around subtley encouraging people to simply resent you less than your opponent rather than like you and root against your opponent.
The problem here is that some people who would have truly abstained from voting are not going to 'throw away' their vote nor are they going to vote accurately. They are going to vote for whichever Party grabbed their attention more, rather than the one they truly agree with. Why would they do this? People don't tend to like to throw away opportunities they have been forced to take.
This leads me onto my next section.
Fear as a motivator is toxic to Elections.
While Switzerland is an example of mandatory voting, they don't have abstention as a non-finable option and they don't regard it as disinterest:
https://www.swissinfo.ch/eng/parliamentary-elections_abstention-doesn-t-necessarily-equate-with-disinterest/41673612
So, I firstly want to disqualify it as a valid example of forcing people to vote in the context of this debate, where abstention is a valid option in the ballot paper that frees one from the fine that would be applied for refusing to vote.
Some people have jobs situations and/or mental health reasons to not feel free and/or fit to vote in an election. Some people don't want to deal with the anxiety and now you've forced them to 'fear their way into the voting booth'.
They will make their decision based on a psychology of being forced to be there, not one of wanting to, which will lead them to vote candidates who have either got authoritarian or libertarian ethos, not allowing middleground sensible ones. Why? Because a scared mindset isn't suitable to vote effectively in an election for people who hate pressure.
Round 3

seldiora
10.29.20 01:31AM
Pro
#5
As we move to more advanced electric machines, blank or empty votes will be easier to count, refuting most of Con's arguments. It's really not that hard. And even if they were in fear, that wouldn't mean they would feel forced to vote for a party. Study has shown that slightly inaccurate votes are far more likely to remove the compulsory voting rather than administration or freedom problems.

RationalMadman
10.31.20 10:13AM
Con
#8
I find that nothing Pro said rebuked what I said and that I have successfully poked all holes in Pro's case that are open.

I was prepared to vote on this debate, but found the results of the debate untenable to render a vote.
Pro R1 says [presume the meaning is in the US, as the source indicates American voting] that a vote has never been registered by a majority of Americans. That is not true: Not all Americans are eligible to vote; there is an age restriction that limits the voting population, and pro does not account for this. Neither does the cited source, Wiki, which says of itself that it is an "unreliable source." Further, Pro offers an abstention option, which takes any certainty out of voter increase, effectively negating Pro's argument.
Con R1 effectively waives, which was not offered by Pro as an acceptable argument round, and is, therefore, effectively a forfeit.
Pro R2 offers one argument already set in R1: "It is evident that compulsory voting laws can and will increase voting turnout," but there is no further evidence shown beyond that offered in R1, In effect, this amounts to a waived round.
Con R2: Con effectively demonstrates the futility of an abstention option by cost and fear factor. This is the only valid argument Con makes in the debate.
Pro R3: The argument made that the fear factor does mean votes are foced, but then argues that inaccurate voting may eliminate compulsory voting. Neither argument makes sense.
Con R3: Forfeit, effectively the second occurrence, negating Con from consideration.
Pro R4: Extend argument [not possible being the last round.
Con R4: Declares victory

Con effectively argued a successful R2, but the forfeits cost Con the vote. Pro did not overwhelm Con's rebuttals, but made faulty proofs of arguments. I cannot vote even vote to offer a tie, because there was no tie. Con would have won without throwing two rounds away. Both participants failed

I'll do the teenagers and social media later on, that will be a very research-demanding one but I am passionately Con on the topic.

no. I don't get it. If you FF'd in any of my truly dangerous topics, you would be at a severe disadvantage.

Do you see what I do with these moves of intentional forfeiture? I never let my enemy control the situation.

To be fair, I did say I could be wrong, and I was. This is why we make tentative claims.

in democracy voting should be compulsory (http://www.wacfl.org/joomlaweb/topics/116-lincoln-douglas-debate-topicsLincoln-Douglas)

Ummm, no I don't think so. I haven't checked it in a while (working on congress uil) but I don't think it was this. Could be wrong. 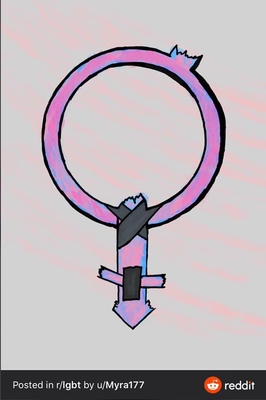 This is the high school LD topic, isn’t it?

Con's choice to effectively skip three out of four rounds, distracted from the arguments and effectively rendered the debate a foregone conclusion.

Pro's Arguments:
- Less than 50% of people vote so it is not true representative democracy
- Compulsory laws will increase voter turnout
- Candidates are appealing to most likely voters, not the majorities' best interest
- Sometimes best governing practices require doing things you might resent, i.e. paying taxes
- True objectors may conscientiously abstain to protect their first amendment rights

Pro says "As we move to more advanced electric machines, blank or empty votes will be easier to count, refuting most of Con's arguments." That is not true. This at best addresses only one of Con's arguments which has to do with cost.  In response, Con says "I find that nothing Pro said rebuked what I said and that I have successfully poked all holes in Pro's case that are open." This is also not true. He did not respond to Pro's arguments at all.

Neither one of these debaters came close to addressing the other's arguments. In the end, we're forced to compare the weight of each debater's claims. While Con says elections are costly and foster resentment, Pro negated that preemptively by pointing out Congress often does things citizens might resent or find costly (i.e. paying taxes). Further Pro did at least respond to one of Con's points (cost) whereas all of Pro's were left open.